Four US soldiers plotted to assassinate Barack Obama and overthrow the government, a court has heard. 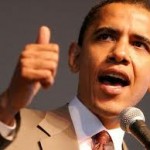 One, private Michael Burnett, has pleaded guilty to manslaughter and gang charges in the killings last December of former soldier Michael Roark and his girlfriend, 17-year-old Tiffany York.

Burnett said that Roark, who had just left the army, knew of the militia group’s plans and was killed because he was “a loose end.”

Prosecutor Isabel Pauley said the group bought $87,000 (£55,000) of guns and bomb-making materials and plotted to take over Fort Stewart, bomb targets in Savannah and Washington state, as well as assassinate the president.

In Case You Missed It:  Erasing history: The Left Choosing the Path of Nazi's and ISIS
Posted in Tyranny and tagged Crime, Military, Obama.

Alabama is considering requesting a waiver from the U.S. Department of Education to relieve the state of some of the...