Egypt has deployed U.S.-made surface-to-air missiles and tanks near the border with Israel, in a breach of the 1979 peace treaty, reports the World Tribune. 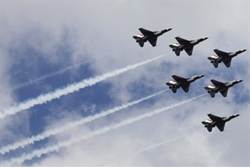 Western defense sources said the Egyptian Army has deployed “a range of assets supplied by the United States.” They cited main battle tanks (MBTs) and surface-to-air missiles (SAMs), particularly in the northeastern Sinai area, between the coastal city of El Arish and the border with Israel and Gaza.

“Right now, all of the [Egyptian] heavy weapons have been deployed along the Israeli border,” a defense source said.

The U.S.-made MBTs were identified as the M-60A3, which was exported to Egypt in the 1980s. The sources told the Tribune that the Egyptian Army has deployed between 20 and 30 of these in eastern Sinai.

The Boeing-produced Avenger air defense system, also deployed near the Israeli border, contains the Stinger surface-to-air missile and was supplied to Egypt over the last five years.

The sources said Egypt has also deployed Dutch-produced YPR-765 armored personnel carriers which contain 30 mm automatic gun turrets. The Egyptian Army is believed to have about 430 such APCs.

Israel has demanded that Egypt withdraw the American MBTs and missiles from eastern Sinai. The United States has acknowledged discussions with Cairo and Jerusalem over the Egyptian military deployment in Sinai. On Aug. 23, Secretary of State Hillary Clinton telephoned her Egyptian counterpart to review Israeli complaints over violations of the demilitarization of the peninsula.

“This call was in keeping with a series of contacts that we’ve had in recent days with both Egyptians and Israelis,” State Department spokeswoman Victoria Nuland said, “encouraging both sides to keep the lines of communication open between them, to talk directly about any issues of concern, and the importance of working through the security challenges in the Sinai in a way that, first and foremost, strengthens Egypt’s security, but also has a positive impact on the security of neighbors and the region as a whole.”

In Case You Missed It:  Why These Teens Are Bringing Peaceful Protest to a Quiet DC Suburb

Meanwhile, the United States Department of Defense has awarded an $8.7 million contract to United Technologies for support of F100-PW-229 engines for Egypt’s order of 20 F-16 Block 52 multi-role fighters. The Tribune said that the Egyptian Air Force has flown at least two F-16s near the Israeli border in August.

Louis René Beres (Ph.D., Princeton, 1971), is Professor of Political Science and International Law at Purdue. The author of many...