Muslims often claim that Palestine is a modern day concentration camp, going as far as the insane as to comparing it to Auschwitz. The exact 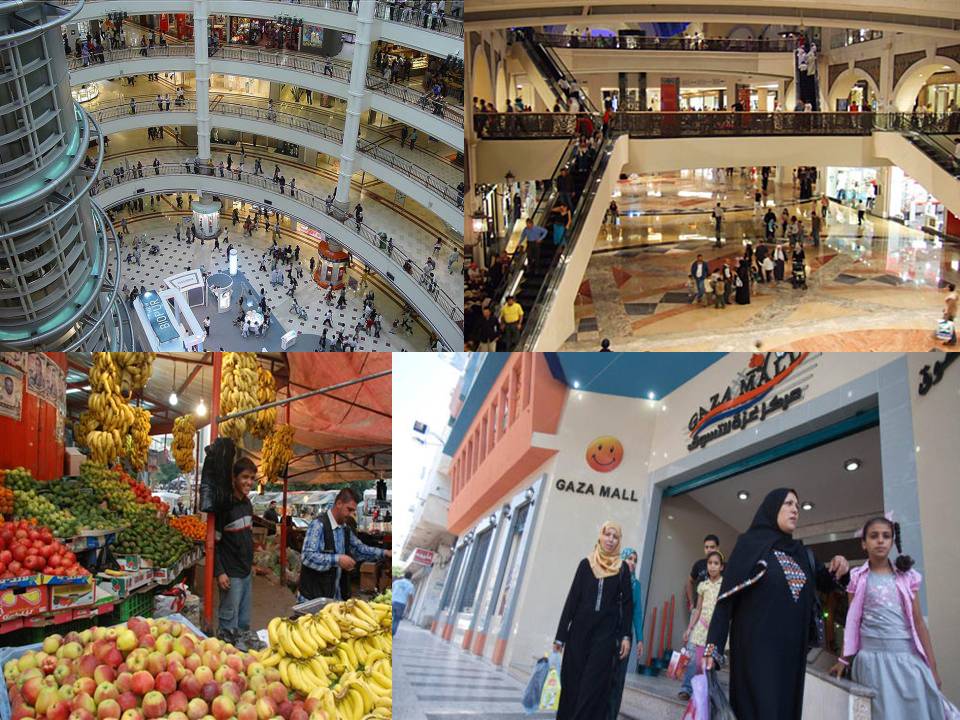 If the Egyptian army succeeds in demolishing the underground smuggling tunnels that keep Hamas running, it could mark the end of the Islamists’ rule over the Gaza Strip. But if Egypt’s new president, Mohamed Morsi and the Muslim Brotherhood tie the hands of the Egyptian army’s generals and keep them from completing the mission, Hamas will become even stronger and wealthier.

The world often thinks of the Gaza Strip, home to 1.4 million Palestinians, as one of the poorest places on earth, where people live in misery and squalor.

But according to an investigative report published in the pan-Arab newspaper Asharq Al-Awsat, there are at least 600 millionaires living in the Gaza Strip. The newspaper report also refutes the claim that the Gaza Strip has been facing a humanitarian crisis because of an Israeli blockade.

Mohammed Dahlan, the former Palestinian Authority security commander of the Gaza Strip, further said last week that Hamas was the only party that was laying siege to the Gaza Strip; that it is Hamas, and not Israel or Egypt, that is strangling and punishing the people there.

The Palestinian millionaires, according to the report, have made their wealth thanks to the hundreds of underground tunnels along the border between the Gaza Strip and Egypt.

Informed Palestinian sources revealed that every day, in addition to weapons, thousands of tons of fuel, medicine, various types of merchandise, vehicles, electrical appliances, drugs, medicine and cigarettes are smuggled into the Gaza Strip through more than 400 tunnels. A former Sudanese government official who visited the Gaza Strip lately was quoted as saying that he found basic goods that were not available in Sudan. Almost all the tunnels are controlled by the Hamas government, which has established a special commission to oversee the smuggling business, which makes the Hamas government the biggest benefactor of the smuggling industry.

Palestinians estimate that 25% of the Hamas government’s budget comes from taxes imposed on the owners of the underground tunnels.

For example, Hamas has imposed a 25% tax and a $2000 fee on every car that is smuggled into the Gaza Strip. Hamas also charges $15 dollars for each ton of cement, eight cents for a pack of cigarettes and 50 cents for each liter of fuel smuggled through the tunnels.

For Hamas, the Palestinian sources said, the tunnels are a matter of life or death.

Now, however, Hamas is facing a huge crisis as the Egyptian authorities plan to regain control over Sinai in the aftermath of the recent killing of 16 Egyptian border guards by unidentified terrorists.

The Egyptian army appears to be determined to destroy the underground tunnels out of fear that they are being used to smuggle not only goods and fuel, but also Islamist terrorists who pose a threat to Egypt’s national security.

At this stage, however, it is not clear whether Egypt’s Muslim Brotherhood President, Mohamed Morsi, would allow his army to cut off one of Hamas’s main sources of income. Morsi’s policy thus far has been to embrace and strengthen Hamas at the expense of the Western-backed Palestinian Authority in the West Bank.

If the Egyptian army succeeds in its anti-terror security crackdown in Sinai, including the demolition of all the underground tunnels that keep Hamas running, it could mark the beginning of the end of the Islamist movement’s rule over the Gaza Strip. But if Morsi and the Muslim Brotherhood tie the hands of their generals and prevent them from completing the mission, Hamas will become even stronger and wealthier.

In Pictures; Life in Gaza (Not exactly a concentration camp)

There is a common misconception that China “owns” the U.S by holding the majority of U.S. federal debt. Contrary to...