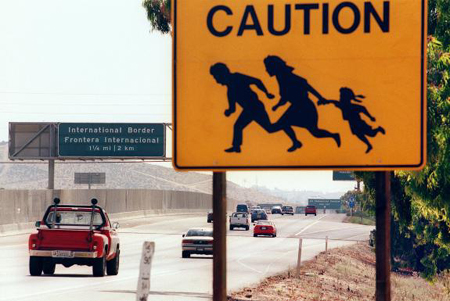 The Barack Obama regime knows that is true as well and that is why in late 2011 they touted their claim that Obama had deported an historic number of illegal immigrants. This is a lie and Obama’s team has been caught cooking the books by adding in the numbers of illegal aliens they simply place back across the border each night into their count.

I’ve seen several Obama defenders utilize this lie when anyone online criticizes Obama for gutting Border Patrol efforts and establishing a deplorable form of Amnesty for illegal aliens by an action that virtually declares him a dictator of the United States the laws of the US Constitution says Congress should make!

It is my hope that this information provided through ALIPAC will help our extensive network of activist confront these lies from Obama and the media with the truth!

If you go to Google and search “Obama deportation record” you will see what all of America sees, numerous claims from CNN, ABC, Huffington Post, and many other Obama regime supporters proclaiming “Obama Administration Sets Deportation Record.” Even the biased liberal media knows that the American public will cheer for such welcome news.

Unfortunately, this false claim being broadcast to the public is a big lie just like the steady stream of lies we hear coming out of the global corporate media and executive branch these days.

Yes, the Obama regime and global liberal media are all on the same page and that page is all about lying to American citizens again and again about the destructive, depleting, and deadly mass invasion of our nation.

Our friends and allies at Judicial Watch are reporting that newly released government records show that illegal immigration apprehensions are at their lowest since 1972, but the data shows increases in arrests on the books which accompany the rapid decrease of actual apprehensions.

The National Border Patrol Council which is the union representing more than 17,000 border patrol agents has also stepped forward with the assistance of US Senator Jeff Sessions (R-AL) to announce that figures cited by the administration are based on “biased statistics”

The Heritage Foundation explains that while Obama’s Immigration and Customs Enforcement (ICE) Director John Morton claims they removed 396,906 illegal aliens in 2011, which would be the largest number of illegal aliens in the agency’s history, the true numbers are much lower. ICE is now counting “voluntary removals” which are illegal aliens who agree to leave on their own accord and not those who are ordered out of America by courts or law enforcement.

Under the Obama regime’s method of inflating numbers, each illegal alien they catch at the border who agrees to voluntarily remove himself gets counted in the deportation numbers and that same illegal immigrant can be counted again and then again each time he or she is caught by the Border Patrol and returned to the smugglers each night!

This new scandal for the Obama administration has now escalated to an official report from the U.S. House Judiciary Committee which is led by legendary illegal immigration fighter, Congressman Lamar Smith (R-TX).

The committee reports that while Obama has ordered immigration agents across America to apply Dream Act Amnesty legislation to millions of illegals despite the fact Congress said no to such a law more than 3 times, the Obama regime continues to assert the false claim of record deportations.

Here is an important finding of the House Judiciary Committee…

Beginning in 2011, the Committee has learned that Obama administration officials at the Department of Homeland Security started to include numbers from the Alien Transfer Exit Program (ATEP) in its year-end removal numbers.

So it is officially proven that while the Obama regime touts themselves as historic immigration enforcement achievers, the truth is they have cooked the books and broadcast this lie to the American public. They have done this with the full assistance of liberal media like CNN, ABC, and the Huffington Post which you can count on not to report the revelations contained within these reports!

If anyone tells you that Obama has deported more illegal immigrants than any prior president you tell them that is a lie and that removals for 2012 are down 14% below 2008 levels before Obama took office!

It is terribly unfortunate that American citizens have to form a political revolt against the powers that be to try to stop the invasion of our homeland. We must face powers that have used their influence to corrupt our own government and mass media against the best interest of the American public and against the truth.

Very few things in America can improve for us while such lies as these stand as truth. We thank all of you who have helped us to collect this information, present it on our homepage updates at www.alipac.us and now compile it for your use as activists. We will send a condensed version of this report out to the national media tomorrow to do our best to correct the Obama regime’s lies and support for this invasion along side the grotesque media bias making these lies and this invasion possible.

In Case You Missed It:  ‘THEY’RE KILLING US! THEY’RE KILLING OUR PEOPLE!” – Aboriginal Elder SCREAMS in Facebook Rant After Australian Military Reportedly Holds Down Her People, Shoots Them with Vaccine (VIDEO)
Posted in Tyranny and tagged Border, Illegal Immigration, Immigration, Obama.

How Many Millionaires Live in the “Impoverished” Gaza Strip?

by Khaled Abu Toameh Muslims often claim that Palestine is a modern day concentration camp, going as far as the...