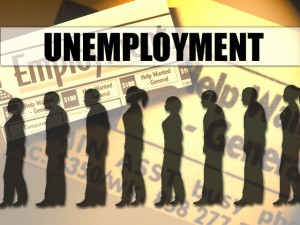 claiming that the 163,000 net new jobs in July represented a positive development after three months, April through June, in which US payrolls increased by less than half that number. The American media took a similar view in its coverage, and the stock market responded favorably, with its third-largest rise of the year.

What they were celebrating, however, is far from a genuine recovery in the labor market. Wall Street regarded the jobs report as providing sufficient momentum to avoid an uncontrolled economic collapse, while ensuring that the conditions facing the working class remain so precarious that there will be no significant pressure on corporations to raise wages. The White House no doubt takes a similar view.

The actual share of the adult population that is employed fell from 58.6 percent to 58.4 percent in July, while the broadest measure of unemployment, counting both those who are discouraged and have stopped looking for work and those working part-time involuntarily, rose from 14.9 percent to 15 percent–nearly one in every six workers.

There is ample reason to doubt whether the jobs report accurately describes the real situation in the labor market. A separate report by the Labor Department, based on its survey of households, found a decline of 195,000 jobs in July. Moreover, the BLS figure of a rise in 163,000 jobs was based on raw data showing a decline of 1.2 million jobs, which was seasonally adjusted to yield an increase. This may well be overstated because the historical pattern for July is heavily influenced by the traditional auto industry changeover period, which did not take place this year.

More significant than the exact number of jobs created or lost in July is the quality of those jobs. The vast majority of the new jobs created in the course of 2012 have been part-time or low-paying or both. Full-time jobs have actually declined by 750,000 since March.

At the same time, wage rises are virtually nonexistent. Since March 2010, when official employment figures hit bottom, non-supervisory workers have seen a weekly raise of just 3 cents an hour, when inflation is taken into account. This is the product of two processes: the inability of workers to press for wage increases when they have no job security, and the disproportionately low wages being paid to those who have obtained new jobs during the past two years.

According to a report issued recently by the Economic Policy Institute (EPI), 28.3 percent of all workers are receiving poverty-level wages today, and that figure is projected to be virtually unchanged, at 28 percent, in the year 2020. Based on employer surveys of where jobs will be created in the next eight years, the EPI found that an amazing 25 percent would not require even a high school education, even though barely 8 percent of the work force falls into that category.

In other words, despite the incessant claims that getting a college education is essential to getting a decent job, American capitalism has something very different in store for the new generation of the working class: low-wage jobs in industries like retail, health care, office temps and food service, where the bulk of new workers will make the minimum wage or slightly more.

The Labor Department reported that the ratio of job-seekers to jobs available was 3.7 to 1, down somewhat from the 6 to 1 figure during the worst of the slump, but far worse during the present “recovery” than during previous recessions. During the 2001 recession, for example, the highest figure for the job seekers to jobs ratio was 2.9 to 1.

While these figures document the failure of American capitalism to provide work for vast sections of the working class, the political representatives of big business propose nothing to address the crisis. Neither President Obama nor his Republican challenger Mitt Romney have offered any policy for creating jobs, except the inevitable tax cuts for corporations and business.

The Republican-controlled House of Representatives and the Democratic-controlled Senate adjourned for their five-week-long August recess without any action on the social crisis. And the Federal Reserve Board, the US central bank, has limited its response to providing cheap credit for business to drive up stock prices and profits.

Obama’s rose-colored presentation of the report and his barely disguised indifference to the plight of the working class conceal a calculated policy of high unemployment that is being pursued by his administration and the Federal Reserve, in service to corporate America. The US ruling elite is carrying out an historic and permanent lowering of wages, job conditions and working class living standards.

The stagnation and outright decline in real wages is not a calamity as far as the Democratic and Republican politicians are concerned, but rather a positive good. They welcome the deteriorating living standards of working people because it has produced record profits for American corporations despite the ongoing economic slump. Indeed, US gross domestic product has returned to the level before the 2008 financial crash, but with five million fewer workers employed.

Only one campaign in the 2012 elections takes as its point of departure the defense of the jobs, living standards and social benefits of working people: the Socialist Equality Party and our candidates for president and vice president, Jerry White and Phyllis Scherrer. Only the SEP campaign fights for the political mobilization of the working class on the basis of a socialist program to carry out a radical redistribution of the wealth from the super-rich to working people and to reorganize economic life to serve human needs, not corporate profits.

Obama Lied About Number of Deportations of Illegal Aliens

Those of us familiar with the true polling data of American citizens on issues associated with illegal immigration know that...