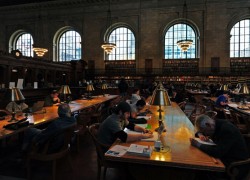 In a victory for academic freedom, the University of Texas at Austin on Wednesday made clear that sociologist Mark Regnerus’s study of adults whose parents had same-sex relationships deserves scholarly discussion—not investigation for scientific misconduct.

A litany of allegations made by a blogger had triggered an inquiry earlier this summer. In a press release dated August 29, the university cleared Regnerus and “deemed the matter closed from an institutional perspective.” The release explained:

As required by its Revised Handbook of Operating Procedures, the university conducted an inquiry to determine whether the accusations made by writer Scott Rose had merit and warranted a formal investigation. After consulting with a four-member advisory panel composed of senior university faculty members, the Office of the Vice President for Research concluded in a report on Aug. 24 that there is insufficient evidence to warrant an investigation.

The Regnerus study has been the target of vitriolic attacks since its release on June 10 by the peer-reviewed journal Social Science Research. The study found some negative outcomes for children of parents who had same-sex relationships when compared to those in intact biological families. These findings contradict the “no differences” claim that has helped propel judicial activism on the issue of marriage.

Beyond labeling the study “dangerous propaganda” and “appalling and irresponsible,” opponents have sought to discredit the author himself. An assistant editor at The New Republic called Regnerus a “retrograde researcher” and suggested that this study should “mark the beginning of the end of Mark Regnerus’s credibility with respectable news outlets.”

More serious scholarly judgment has reached a much different conclusion. Three researchers published responses to Regnerus’s work in the same journal issue, and each credited his study with advancing inquiry on the subject. In contrast to prior studies based mostly on small, non-representative “convenience” samples, Regnerus’s New Family Structures Study (NFSS) is a large, national sample that provides the most representative picture to date of young adults whose parents had same-sex relationships. Professor Paul Amato of Penn State University notes in his discussion of the study that the NFSS “is probably the best that we can hope for, at least in the near future.”

University of Texas officials concluded their exoneration of Regnerus with this observation: “As with much university research, Regnerus’ New Family Structures Study touches on a controversial and highly personal issue that is currently being debated by society at large. The university expects the scholarly community will continue to evaluate and report on the findings of the Regnerus article and supports such discussion.”

For the sake of civil discourse on one of the most pressing issues of our day, all Americans should expect the same.

The latest report from the International Atomic Energy Agency (IAEA) has documented Iran’s continued progress towards attaining a nuclear weapons...