SOCIALIST TYPE GOVERNMENTS HAVE RESULTED IN A LOSS OF FREEDOM AND VERY HIGH TAX RATES IN THE EUROPEAN UNION:

WILL THIS BE AMERICA’S FUTURE TOO?

Have you ever wondered what the real cost of those proposed socialist programs are going to be – once most of the programs of the Democrat-Socialists are fully implemented in the United States, against the will of the American people of course. Have you ever wondered what your quality of life will be once these costs finally hit your wallet. If you have wondered about it, you may be very interested in looking at the current tax rate figures for the European Union.

As you look these mind-boggling, very high tax rates, keep in mind that in spite of these astronomical figures, these European countries are still not able to finance their social engineering and social welfare programs exclusively from tax revenues. Just about all of the European countries are also deeply mired in public debt of gargantuan proportions. Greece has reached the point where its debt is so huge it is in imminent danger of defaulting. That is the reason the European economic community has intervened to bail them out yet again.

If you’re following the international financial news, you know Spain and Portugal are right behind Greece.

Thanks to our current administration and the many Democrat-Socialist and Liberal-Republican administrations and politicians who came before, the United States is now heading right down the same path. Surely, both political parties can share the blame.

The VAT tax named in the table is the national sales tax that Europeans pay and that kind of a tax is exactly what you can expect to see the Obama administration proposing after the fall elections, if they win. This will be on top of the U.S. federal income tax

The initial percentage in the United States will not be anywhere near the outrageous numbers you now see in Europe, but then again neither were the federal income tax rates very high back in 1913, when that tax started. The current outrageous numbers in Europe didn’t start out as outrageous either. They started out as minuscule – right around the 1% or 2% where they will start out in the United States. Magically, however, they were increased over the years to where they are now. If history is a guide, the American taxpayers can expect the same thing here.

It is the very notion that with hard work and perseverance, anybody can get ahead economically here in the USA . Do you think that can ever happen with tax rates between 60% and 80%? Think again. With the government taking such a large percentage of your money, your life will be exactly like life in Europe …

Let’s not ignore the battle cry of the Democrat-Socialists in America who constantly call for “fairness, social justice, taxing the rich, re-distribution of our hard earned income to people who do not work, leveling of the playing field through affirmative action, spreading the wealth to non-productive people, investing in the future” etc, etc. It all comes down to more taxes for most of us.

Greece is a perfect example. Despite the socialist system that has ruled this country for decades, with a 65% tax rate, they are drowning in public debt, would have defaulted without hundreds of billions in bailout money from the EU, and still . . . 20% of their population lives in poverty.

What has all that socialism money bought, besides ultimate power for the politicians and government bureaucrats running the show?

Do you think the hard working, taxpayers in Europe are really “free” anymore?

Of course not! Through their own liberalism, the European people have unwittingly become slaves to their ever growing and more intrusive, socialist forms of government, but then again, that has been the plan of the globalists, communists, international bankers and corrupt European Union politicians all along. 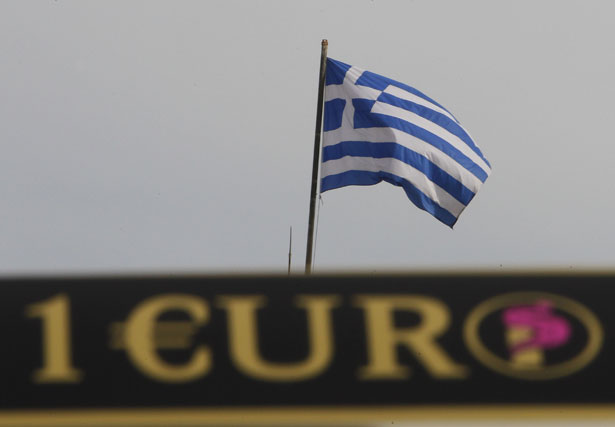 The author and well-known talk show host Michael Savage is correct when he states that “Liberalism is a Mental Disorder.” We can see very clearly how the liberal and socialist mindset is destroying Europe. No foreign armies are needed to bring the once proud individual European nations to their knees because the enemies of their national sovereignty are the traitors within their own countries .

The once proud people of Europe now just stand in line meekly and wait to receive their next instructions from the un-elected bureaucrats at the new Politburo of the Central Committee of the Communist Party, also known as the European Union.

Take a look at what awaits you my fellow Americans if our march toward socialism is not stopped and reversed.

To verify these rates check:
http://en.wikipedia.org/wiki/Tax_rates_of_Europe

It’s time for the American people to take a hard look at what is happening in Europe and take a stand for Liberty and individual Freedom here in the USA before it’s too late.

Instead of spreading the wealth around, you might want to spread this article around. It might wake some of your fellow Americans up.

Muhammad the founder of Islam and false prophet had sex with a child named Aisha when she was only nine...