Washington has greatly reduced the scale of U.S. participation in a massive joint military exercise with Israel, sources told TIME Magazine on Friday. 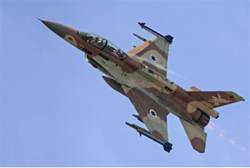 The drill was postponed seven months ago just as concerns were brimming that Israel would launch a strike on Iran’s nuclear facilities. It was later rescheduled for late October.

The officials told TIME the U.S. has slashed by more than two-thirds the number of American troops going to Israel and reduced both the number and potency of missile interception systems at the core of the joint exercise.

Instead of the approximately 5,000 U.S. troops originally trumpeted for Austere Challenge 12, as the annual exercise is called, the Pentagon will send only 1,500 service members, and perhaps as few as 1,200, TIME reported.

Patriot anti-missile systems will arrive in Israel as planned, but the crews to operate them will not, added the report. Instead of two Aegis Ballistic Missile Defense warships being dispatched to Israeli waters, the new plan is to send one, though even the remaining vessel is listed as a “maybe,” officials in both militaries told the magazine.

A Pentagon spokesperson declined to discuss specifics of the reduced deployment, noting that planning for the exercise was classified. In an e-mailed statement, however, Commander Wendy L. Snyder told TIME that the Israeli military has been kept informed of the changes.

“Throughout all the planning and coordination, we’ve been lock-step with the Israel Defense Force (IDF) and will continue to do so,” Snyder said.

The report noted that the official explanation for scaling back the exercise was budget restrictions. However, TIME noted, the American retreat coincided with growing tensions between the Obama and Netanyahu administrations on Israel’s persistent threats to launch an airstrike on Iran.

“I think they don’t want to insinuate that they are preparing something together with the Israelis against Iran – that’s the message,” he said. “Trust? We don’t trust them. They don’t trust us. All these liberal notions! Even a liberal president like Obama knows better.”

The tension between the U.S. and Israel over an attack on Iran has been at its highest lately. The report about the scaling down of the joint military exercise came just one day after the U.S. military’s top officer made statements which appear to warn Israel that it should not expect U.S. assistance if it chooses to attack Iran’s nuclear weapons program.

The Chairman of the Joint Chiefs of Staff, General Martin Dempsey, said such an attack would “clearly delay but probably not destroy Iran’s nuclear program.” He added: “I don’t want to be complicit if they [Israel] choose to do it.”

On Friday, the Hebrew-language daily Yediot Aharonot reported that a meeting last week between Netanyahu and visiting Rep. Mike Rogers ended on a sour note over the Iranian nuclear issue.

During the meeting, the report said, Netanyahu strongly criticized Obama for not doing enough to prevent Iran from obtaining nuclear weapons. U.S. ambassador to Israel Daniel Shapiro then fired back at Netanyahu and accused him of misrepresenting the position of President of the United States.