Israel’s Mekorot water company has signed its first major contract in India. Mekorot, through its development subsidiary, will build a water control system and smart metering system to prevent waste. The project, which includes extensive cooperation with local water suppliers, will be set up in the Indian state of Utar Pradesh. 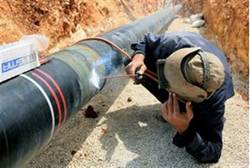 A delegation of Mekorot engineers and officials is expected to visit the state in the coming weeks, to analyze the needs of the communities and decide on the best ways to implement the project. Some 200 million people live in the northern Indian state, with the largest percentage of urbanized population of India’s 28 states. The majority of the population earns its income from agriculture, meaning that a clean and reliable water supply is essential.

The deal was signed this week, as an official Indian delegation visited Israel. In a statement, Mekorot said that the deal was “a great opportunity to export Israeli technology and experience to India, which will raise the standard of living in the subcontinent. Mekorot is one of the leading water technology companies in the world, and we see expansion to the Indian market as an important strategic step for the company,” the statement said.

In Case You Missed It:  IT’S OFFICIAL – Right Now 2022 Stands as the Worst Year in US Stock Market History
Posted in Israel and tagged Capitalism, Financial, Freedom, India, Israel.

by Daniel Pipes September 13, 2012 Cross-posted from National Review Online, The Corner The editors asked several analysts: "What does...