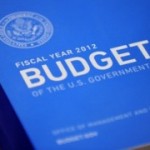 The Obama Administration released its sequestration report more than a week late, but other than a 9.4 percent reduction in discretionary national defense funding, there are few other details, according to The Heritage Foundation’s Brian Slattery. He describes President Obama’s own budget request as one that would “dramatically shrink” the defense budget.

Reductions in the defense budget would place interest on the national debt ahead of defense spending by 2018, according to Heritage’s Federal Budget in Pictures and figures provided by the Office of Management and Budget.

In Case You Missed It:  Does Anyone Have the Balls to Indict Obama?
Posted in Freedoms and tagged Congress, Conservatism, Foundry, Freedom, Governments, Obama, United States, White House.

An Honest Conversation About Islam

For the last few days we’ve seen the blame for the escalating violence in the Middle East assigned to everything...