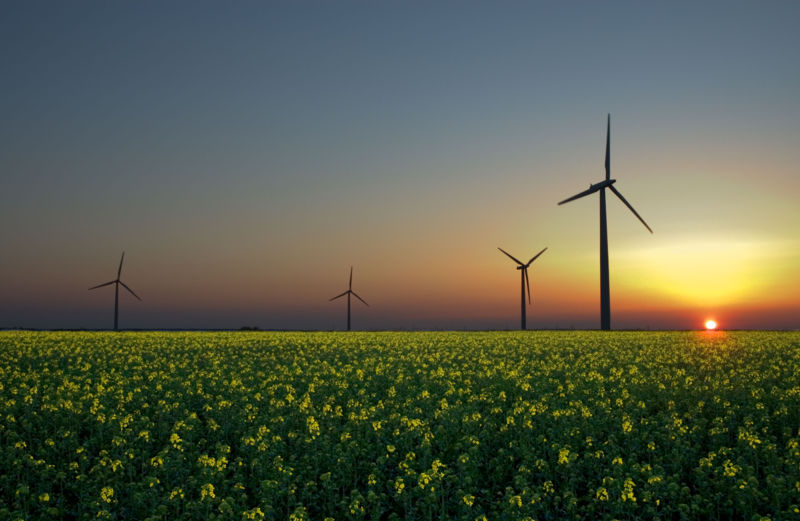 Dismal jobs reports and high unemployment continue to weigh down the U.S. economy, but there are a few bright spots. Most notable among them: energy production, particularly the shale oil and shale gas revolution.

The technological one-two punch of horizontal drilling and hydraulic fracturing has created a remarkable energy boom and created hundreds of thousands of jobs. Ohio is no stranger to energy production. Thanks to these technological developments, the state’s economic outlook is much brighter — so long as the federal government stays out of the way.

Manufacturers in places such as Youngstown are expanding operations to meet the need for the steel piping necessary for oil and gas extraction. The energy boom also spells higher demand for restaurants, repair shops, hardware stores, hotels, and laundry mats in those areas.

America’s abundance of natural gas makes the U.S. an attractive place to do business, especially for energy-intensive industries. The chemical industry, which already employs 40,000 people in Ohio, is expanding and citing proximity to natural gas production as the chief reason for their location.

In Case You Missed It:  Why Americans Must Stand Up to the Left’s Power Grab

Economists measure this by estimating consumer surplus, or the gains from savings from reduction in price. For instance, if you were willing to bid $80 for an item on eBay, but won the item for $50, your consumer surplus would be the $30 remaining in your bank account.

Because the shale gas revolution dramatically lowered natural gas prices, a group of Yale researchers calculated that in 2010 alone, the consumer surplus from shale gas production was worth more than $100 billion. At a time when Americans are trying to cut costs, saving money through lower energy bills is critically important.

One of the reasons why hydraulic fracturing has been so successful in promoting oil and gas development, while maintaining a strong environmental record, is the state regulatory regime. States in which fracturing takes place each have comprehensive regulation that ensures that oil and gas companies operate safely and in an environmentally sensible manner, and administer fines and implement punitive measures to correct any wrongdoing.

In November 2011, Lisa Jackson, the head of the U.S. Environmental Protection Agency, acknowledged the state’s role, stating that, “States are stepping up and doing a good job. It doesn’t have to be EPA that regulates the 10,000 wells that might go in.”

But states are not just now stepping up. They’ve effectively regulated oil and gas production and hydraulic fracturing for decades. In Ohio, fracking has been taking place since the 1960s, with more than 70,000 oil and gas wells fracked with no instances of contaminated groundwater.

Despite the state’s effectiveness in regulating hydraulic fracturing, the EPA is pursuing onerous and duplicative regulations that would unnecessarily drive up the costs of production for little environmental benefit.

In Case You Missed It:  Why America’s Economy Will Recover Before China’s

In April 2012, the EPA announced its first air-emission rules for hydraulic fracturing. But the rule miserably fails the cost-benefit test; the agency’s own analysis projects $745 million in annual costs and just $11 million to $19 million in environmental benefits. Moreover, the EPA has grossly overestimated methane emissions, a greenhouse gas, from the wells. Plus, reducing methane emissions would have no noticeable impact on the earth’s temperature.

Ohio has long been a fracking state and is on the cusp of an American energy revolution. While the wells fracked in Ohio have mostly been vertical wells, the horizontal drilling permits issued to Ohio operators have skyrocketed over the past two years.

When it comes to energy production, the states have the most to gain economically but also the most to lose environmentally — which is why state regulators have been successful in balancing both. Let’s keep it that way.

This post originally appeared in the Akron Beacon Journal.

Dependence on Government vs. the American Dream

Mother Jones has opened a broad debate about the role of government in our society. In a clandestine tape recorded...