The Jerusalem District Court will hear on Thursday a motion by Arab MK Taleb A-Sana (Raam Taal), Arab local authority heads and Muslim clerics, to block Israelis’ access to the trailer for the movie “The Innocence of Muslims.” 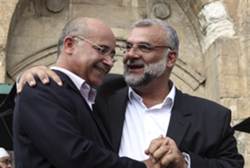 The video “is very hurtful, defiles the image of Mohammed in a racist way, tramples upon his sanctity and blasphemes his name,” the motion states. “The movie hurts the dignity and beliefs of over a billion Muslims in the world and more than a million Muslim citizens of Israel.”

“Freedom of expression does not mean unlimited freedom to humiliate and demean a person,” the motion adds. “For Muslims this strikes at the core of their essence, it hurts their personal and collective dignity…”

MK A-Sana and other Arab MKs are among the most frequent users of the “free speech” argument in defending their own Knesset speeches and other statements, including statements praising terror actions against Israel.