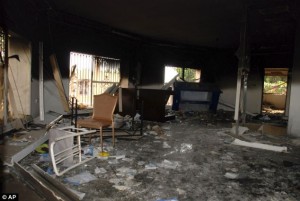 The death of Ambassador Christopher Stevens and three other U.S. officials in Libya last Wednesday should serve to draw much-needed attention to an increasingly untenable contradiction in U.S. policy toward the Middle East. Even while it seeks to recover from this latest attack by Islamic radicals, the United States continues to support or tolerate the mobilization of adherents of that very same ideology elsewhere in the region, most clearly in Syria and in Bahrain. There, U.S. policymakers should expect equally frightening results.

The attack on the U.S. consulate in Benghazi was carried out by suspected members of Ansar al-Sharia, or Partisans of Islamic Law, a group adhering to the same Salafi (or Wahhabi) religious interpretation more commonly associated with Saudi Arabia. And while the popular anti-American protests that have continued to spread across the region cannot be painted with a single brushstroke, and doubtless have roots in local political grievances, still one feature they share is the conspicuous presence — and organizational power — of Sunni Islamists.

When demonstrators in Cairo and Sanaa succeeded in gaining entry into their respective U.S. embassies, in each case they replaced the U.S. flag with a black pennant bearing in white the Muslim profession of faith: “There is no God but God, and Muhammad is the Prophet of God.” The banners, which U.S. State Department spokeswoman Victoria Nuland downplayed disingenuously as a “plain, black flag,” should by now be familiar enough to administration officials. It is the same one adopted by other Salafi extremists, including those belonging to al Qaeda and its regional affiliates, from Mali to Yemen. Not coincidentally, it has made an appearance in each of the mass protests witnessed thus far — in Benghazi, in Tunis, in Khartoum, and even in Doha.

That the Obama administration would fail to acknowledge the flag’s overt symbolism is indicative of an uncomfortable yet enduring truth about U.S. policy in the Middle East: that the United States’ enemies in one country are its allies of convenience in another. Even as it reels from the first death of a sitting ambassador in more than two decades, the United States continues to supply logistical and other “command-and-control” support to rebels in Syria, while Gulf allies Saudi Arabia and Qatar pour in money and arms. Of little or insufficient concern, apparently, is the nature of those being empowered, or the broader ideological forces underlying their struggle.

While the Free Syrian Army is famously far from homogeneous, prominent among its factions are armed Salafi groups not unlike Libya’s Ansar al-Sharia. Indeed, local newspapers in Yemen havereported that members of the country’s own militant organization of the same name have recently left Yemen to join in the fight in Syria. In early August four members, including the deputy head, of Bahrain’s Salafi parliamentary bloc, al-Asalah, traveled to Syria to break bread with their counterparts in the Free Syrian Army, boasting on Twitter of their support — ideological and monetary — for “the falcons of al-Sham [the Levant or Damascus]” in their fight against “the hated Safavids,” i.e., Allawi Shiites. Upon their return to Bahrain, the members of parliament (MPs) took up a new cause, leading the charge against a planned new Catholic church, which one al-Asalah legislator insisted, “cannot be built in the Arabian peninsula … [which is] the domain of Muslims.”

Notwithstanding the willingness of such groups to coordinate with the United States temporarily in Syria, therefore, one should harbor no illusions about their political and religious orientations, and what these mean for U.S. interests in places where this dubious alliance does and will not operate. As seen in the sectarian language quoted above, one common feature of the Salafi current is a distinct lack of religious tolerance, especially for Shiite Muslims viewed as both religious and, on account of their presumed allegiance to Iran, political heretics. More than doctrine per se, such an understanding reflects the self-serving interpretation of Salafism’s ideational and monetary patron Saudi Arabia, locked in its own competition for regional dominance with the Islamic Republic. With the help of Saudi-sponsored media, religious institutions, and training for a new generation of clerics, anti-Shiite sentiment and violence has appeared with alarming frequency across the Muslim world, from the Arabian Peninsula and the Levant to less likely places such as Kashmir, Pakistan, and Indonesia. 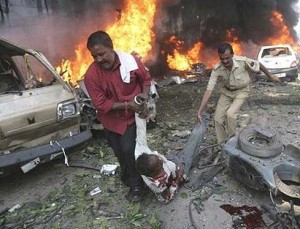 Importantly, this sectarian religious-cum-political agenda has proved useful in mobilizing Sunni citizens not only against their Shiite co-nationals, but against any individual or government seen as complicit in their ostensible quest for societal domination. Nowhere has this been on greater display than in Saudi Arabia’s tiny Shiite-majority neighbor, Bahrain. To counter the force of its popular uprising begun in February 2011 by Shiite and secular opponents, the government of Bahrain has exploited — even cultivated — the fears and suspicions of other citizens, in particular those of its traditional Sunni support base. Afraid of what the state has successfully portrayed as an Iranian-backed conspiracy to install a Shiite theocracy in Bahrain, many Sunnis have organized not only in opposition to Shiite activists as imagined fifth column, but in opposition to anyone who would dare suggest political compromise with them and their longstanding demands for constitutional reform, whether the U.S. State Department or the Bahraini king.

Orchestrated by security-oriented members of Bahrain’s ruling Al Khalifa family with the backing of like-minded leaders in Saudi Arabia, the mobilization of Bahraini Sunnis has emerged as the most effective weapon in their campaign to prevent a negotiated political settlement of the country’s now 18 month-old crisis. One consistent element of this effort has been the demonization of Western, and particularly U.S., “interference” in Bahrain’s internal affairs, despite the countries’ long history of politico-military cooperation and Bahrain’s hosting of the U.S. Navy’s Fifth Fleet.

At the height of mass demonstrations in March 2011, pro-government Salafis singled out a political affairs officer at the U.S. embassy in Manama for his supposed links to, and sympathies for, opposition activists. (He was also, they reported, Jewish.) His photo, address, and other personal details, along with those of his family, were distributed online and via mass text messages. After several days under tight diplomatic security, the officer was quietly sent home to Washington for a “routine” service rotation.

Throughout the spring and early summer, as U.S. diplomats were pressing for a resumption of substantive government-opposition negotiations, Al Khalifa conservatives continued their media campaign against purported U.S. subterfuge in Bahrain. The vitriol culminated in a two week-long series of articles titled “Ayatollah Obama and Bahrain” published in a hard-line newspaper sponsored by the Royal Court. The author, who has since been made editor-in-chief of the publication, portrayed a U.S. president acting against Bahrain not merely out of his country’s strategic interests, but due to personal ideological sympathies for Shiites. The articles stopped only after official complaint by the U.S. embassy.

Later in July, Bahrain’s defense minister (and, not incidentally, brother of the royal court minister) gave an interview to Egypt’s Al-Ahram, in which he accused the United States of no less than conspiring to organize, along with Iran, the entire February uprising. He repeated these claims in February 2012, telling a local Bahraini daily that the “coup attempt” was supported by 22 different non-governmental organizations (NGOs) “managed and funded by the U.S. and a[n unnamed] Gulf state.” Not long after, the official Bahrain News Agency reported a meeting between the defense minister and U.S. Ambassador Thomas Krajeski, presumably to discuss the former’s interesting interpretation of events.

Yet the anti-Western and anti-American onslaught has intensified rather than subsided. Only two months ago, Salafi and Muslim Brotherhood-affiliated lawmakers agitated for the replacement of Krajeski along with the declaration of U.S. Assistant Sectary of State Michael Posner, who has been dispatched frequently to Bahrain in the wake of the uprising, as persona non grata. Krajeski, according to one Salafi MP who is among those who would later travel to Syria:

is demanding the empowerment of [the opposition] under the guise of democracy and human rights. … The ambassador has since his appointment been particularly active in putting pressure on Bahrain and on threatening and blackmailing the country. His meetings with the opposition do not stop and the U.S. interference in our affairs has reached unprecedented levels.

Nonetheless, the United States remains seemingly unwilling to ruffle feathers either in Manama or Riyadh by demanding an end to this state-sponsored mobilization of ordinary Sunnis. And in the absence of effective pressure to do otherwise, both Bahrain and Saudi Arabia have now doubled down on their shared sectarian political strategy, relying on near-hysterical fear of foreign-aided Shiite empowerment to preclude the emergence of larger, cross-cutting, and ultimately much more dangerous oppositions organized around grievances shared by all segments of society: problems such as corruption, unequal development, and the lack of political accountability. The result is a social and political climate that not only features unprecedented polarization, but that presents a grave threat to U.S. interests — both political and physical — in the region.

The terrorist attacks of September 11, 2001, brought to the fore uncomfortable questions about the sources of violent Islamic extremism, and about the United States’ unwitting support for the latter through continued patronage of those who help sow the seeds of this mindset. One hopes that these uncomfortable questions will now be revisited, and to greater substantive effect, when on the eleventh anniversary of 9/11 there should occur yet another act of political violence committed by individuals associated with that very same ideology.

By Justin Gengler recently received his Ph.D. in political science from the University of Michigan. He now works for the Social and Economic Survey Research Institute in Doha.