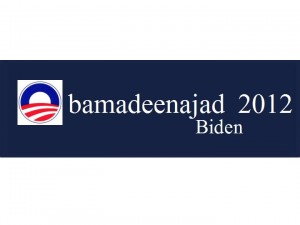 While Christian churches are being destroyed on a near daily basis in Muslim countries throughout the world, the Obama administration is investing millions of dollars to rebuild overseas Islamic mosques and minarets.

According to the State Department, the mosque restoration program, first reported on back in 2010, is a “cultural preservation” project designed to “fight Islamic extremism by building relationships with Islamic leaders.”

To that end, the State Department, through the US Agency for International Development, is spending millions to preserve mosques and minarets in 27 different Islamic countries.’

While the State Department would not reveal the entire cost of its Muslim outreach program, it did acknowledge one restoration project, the refurbishing of Egypt’s 1,300-year-old Amr Ibn El-Aas Mosque, was part of a $770 million program to rebuild Cairo’s sewer system.

Perhaps the State Department’s reticence in sharing the full fiscal details of its taxpayer-funded Islamic goodwill project centered on the fact that federal regulations prohibit USAID funds from being used for saving structures which are used for “inherently religious activities.”

Of course, it should be noted, that the “inherently religious activities” of those overseas Islamic mosques includes preaching hatred of Jews, Christians and Americans, incitement to terrorist activity, and global imposition of Islamic rule.

In recent days, Muslim clerics in at least 20 Islamic countries have used these “houses of worship” to urge their congregations to take to the streets in violent protests to defend Islam over the release of the video “Innocence of Muslims.”

For example, while the State Department was busy repairing Egyptian mosques, scores of Egypt’s Coptic Christian churches were being burned down by Muslim mobs, one which included St. George’s Church in the Egyptian village of Merinab.

The 100-year-old St. George’s was in the midst of its own renovation when local Muslim sensibilities were offended by the presence of a cross, bell, and dome on the church’s roof. So, in the interest of “community peace,” church leaders agreed to take down the spire and cross, leaving the dome intact.

Unfortunately, that compromise proved insufficient to soothe Muslim outrage, leading a Muslim throng numbering in the thousands to descend on the church, burn it to the ground, while shouting, “Kill all the Christians.”

In 2010, the State Department provided monetary support for saving three mosques on Zanzibar Island off the coast of Tanzania, mosques which included the 900-year-old Kizimkazi mosque, considered one of the oldest Islamic buildings on the coast of East Africa.

That generous American donation was repaid in July 2012 when Muslim mobs, shouting, “Away with the church — we do not want infidels to spoil our community, especially our children,” burned down three Christian churches on Zanzibar Island.

In 2011 the State Department provided funds to restore the 15th century Gobarau Minaret in Katsina State in Nigeria’s predominantly Muslim north, an area which has become a virtual killing field for Christians at the hands of Muslim militants, led by the al-Qaeda-linked terror group Boko Haram.

Since 2009 over 288 Christian churches in Nigeria have been burned, thousands of Christian-owned homes destroyed, and over 2,000 Christians killed, including in July 2012 when fifty members of a northern Nigerian church were burned to death in their pastor’s house.

Finally, the State Department provided taxpayer funds to restore the 18th century Golden Mosque in Lahore, in Pakistan’s Punjab province, an area which happened to be the scene of an assault on a Christian colony in July 2009 by thousands of Muslims who set fire to over 50 houses and two churches, burning to death eight people, including a seven-year-old child.

Unfortunately, the ongoing eradication of Christian churches in the Islamic world shows no signs of abating any time soon, especially given comments like those of Sheik Abdul Aziz bin Abdullah, the grand mufti of Saudi Arabia, who recently declared that it is “necessary to destroy all the churches of the region.”

While Aziz bin Abdullah’s clarion call was directed toward Christian churches on the Arabian Peninsula, it has nevertheless been earnestly followed by Muslims in Islamic countries throughout Africa, the Mideast, and Asia.

For example, in the past two months Muslims in Kenya have attacked 11 churches, assaults which include grenade attacks on a crowd of 150 Christians attending an outdoor church meeting, killing two and wounding more than 30; and one attack during a church service that killed one and injured 16.

In June the Sudanese government bulldozedthree church buildings to the ground and confiscated three Catholic schools in the capital of Khartoum, saying that such buildings are now unwelcome in the Islamic-ruled country.

In Afghanistan, where more than 2,000 American troops have died protecting that country, the last public Christian church was demolished in October 2011, forcing Afghan Christians to practice their faith in underground “House Churches.”

In Indonesia, a ministerial decree has led to the closure of more than 400 Christian churches. While Christian worshippers must make due in storefront churches or, lacking that, parking lots and the side of streets, it hasn’t stopped Muslim mobs from trying to prevent those services.

Specifically, in May a horde of 600 Muslims, led by Indonesia’s Islamic Defenders Front, hurled bags of urine, rotten eggs, ditchwater and stones at over 100 Christians attempting to attend church service in an empty parking lot in the city of Bekasi, located outside the capital of Jakarta.

Unfortunately, news of that type of anti-Christian behavior was not included in the recent public service announcement the State Department aired on Pakistani television in which it condemned religious intolerance in the video “Innocence of Muslims.”

Instead, Secretary of State Hillary Clinton, while lamenting the hurt feelings the video engendered among Muslims, said the Islamic faith “respects the fundamental dignity of human beings,” and that it is “a violation of that fundamental dignity to wage attacks on innocents.”

Ironically, as Clinton’s public apology was being aired, St. Paul’s Lutheran Church, an 82-year-old church in northwest Pakistan, was being burned by a mob of hundreds of Muslims protesting the offending video.

Since that attack was, in the words of Mrs. Clinton, “a violation of that fundamental dignity to wage attacks on innocents,” perhaps she will inquire if there are any funds still available in her mosque restoration program to help cover the costs of rebuilding St. Paul’s Lutheran Church.

Mitt Romney and Paul Ryan are the right choice for us in November, but they need to figure out the...