In August, the U.S. Postal Service (USPS) failed to pay $5.5 billion due to the Treasury Department to fund health benefits for its 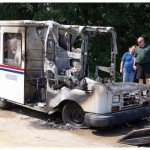 retirees. This Sunday, USPS will miss a second payment to the Treasury, this time for $5.6 billion.

This second default is no surprise; the USPS just doesn’t have the money to pay and hasn’t for some time. But the reality that the USPS is now a serial defaulter should not be lost on policymakers. Unless real reforms are adopted by Congress, cash shortfalls will continue, leaving U.S. taxpayers on the hook for tens of billions annually for debts the USPS cannot pay.

The present financial disorder is no temporary hiccup for the postal system. It is not simply, as some have suggested, a result of the economic downturn or some sort of pension accounting mistake. The problem is that ever fewer Americans are mailing letters. In the third quarter of 2012, for instance, the number of first-class letters mailed was 12 percent less than the same quarter the previous year. USPS’s loss for the quarter: $5.2 billion.

USPS management is hoping that it can squeak by for the rest of the year with no more defaults, helped—ironically enough—by election-year mailings. But the problem isn’t going away. Real reform is needed. And right now, the major impediment to that reform is Congress, which has blocked key efforts to cut costs, ranging from consolidating underused post offices to eliminating Saturday mail delivery.

Proposals from both houses of Congress are pending. But the Senate reform proposal actually does little to allow USPS to make the fundamental changes that are needed, instead giving it massive infusions of cash. In the House, a bill clearing the way for deeper change, sponsored by Representative Darrel Issa (R–CA), is stalled.

Meanwhile, a troubled USPS will stagger on in virtual bankruptcy, not knowing if it will be able to pay its bills next year and with taxpayers not knowing if they will end up paying the difference. As USPS CFO Joe Corbett said earlier this year, “This is no way to run a business.”

The movie “Won’t Back Down” opened yesterday in more than 2,500 theaters across America. The film brings to the big...