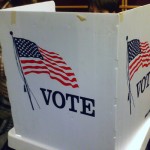 While progressives continue to insist that there’s no such thing as voter fraud, officials of the state of Florida have filed a complaint against the Democratic Party and other organizations for falsifying registration forms.

The Florida Department of State on Friday confirmed that it has forwarded complaints about voter registration fraud that have been filed against the Democrats, as well as against two groups — the Florida New Majority Education Fund and National Council of La Raza/Democracia USA.

Neither the agency nor the Florida Department of Law Enforcement would comment on the extent of the allegations or on how many voter registration forms it involves.

Lee County Supervisor of Elections Sharon Harrington confirmed that a complaint regarding voter registration forms had come from her county, but declined further comment.

One of the biggest complaints that has been leveled against voter ID laws is that they are aimed particularly at “in person” voter fraud; and that other forms of fraud would go unchecked.

The problem is that Democrats have fought tooth and nail to prevent any clean elections policies from being enacted, not just voter ID laws. Florida has been particularly susceptible to electioneering errors – we all remember 2000. The New York Times, describing a Pew Center report this year, reported:

The report found that there are about 1.8 million dead people listed as active voters. Some 2.8 million people have active registrations in more than one state. And 12 million registrations have errors serious enough to make it unlikely that mailings based on them will reach voters.

It’s a fact that voter registration rolls are a mess throughout the United States, and there are mass-registration organizations that have done shoddy and sloppy registration work in the past. We would all think, given Florida’s shady history with voting irregularities in the past, that efforts to make elections clean and fair would be welcomed.

Geert Wilders 10 points plan to save the West

Geert Wilders 10 points plan to save the West “… Ladies and gentlemen, I am often asked whether I have...