In the first national poll to be conducted entirely after the opening presidential debate, former Massachusetts Governor Mitt Romney 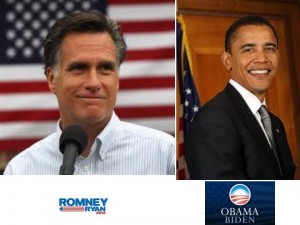 The poll, conducted by Pew Research Center from Thursday through Sunday and released on Monday, shows Romney leading Obama among likely voters nationwide, 49 percent to 45 percent. That’s a stark contrast from Pew’s mid-September poll after both parties’ conventions, which showed Obama up 8 points among likely voters.

The dramatic 12-point swing in Pew’s poll from Obama to Romney is perhaps the strongest piece of evidence to date that the president has paid a political price for his listless performance in the Denver debate.

Rasmussen found Romney leading by 2 points in its Saturday release, which was based on findings from the tracking period of Oct. 3-5.

A back-up copy of the first Russian Sputnik satellite (R) and a small replica of the second Russian satellite. (Photo:...