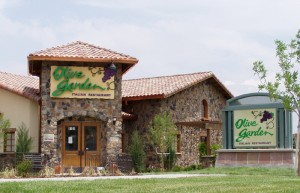 In an experiment apparently aimed at keeping down the cost of health-care reform, Orlando-based Darden Restaurants has stopped offering full-time schedules to many hourly workers in at least a few Olive Gardens, Red Lobsters and LongHorn Steakhouses.

Darden said the test is taking place in “a select number” of restaurants in four markets, including Central Florida, but would not give details. The company said there has been no decision made about expanding it.

In an emailed statement, Darden said staffing changes are “just one of the many things we are evaluating to help us address the cost implications health care reform will have on our business. There are still many unanswered questions regarding the health care regulations and we simply do not have enough information to make any decisions at this time.”

Analysts say many other companies, including the White Castle hamburger chain, are considering employing fewer full-timers because of key features of the Affordable Care Act scheduled to go into effect in 2014. Under that law, large companies must provide affordable health insurance to employees working an average of at least 30 hours per week.

If they do not, the companies can face fines of up to $3,000 for each employee who then turns to an exchange — an online marketplace — for insurance.

“I think a lot of those employers, especially restaurants, are just going to ensure nobody gets scheduled more than 30 hours a week,” said Matthew Snook, partner with human-resources consulting company Mercer.

Darden said its goal at the test restaurants is to keep employees at 28 hours a week.

Darden, the world’s largest casual-dining company and one of the nation’s 30 largest employers, said it offers health insurance to all its approximately 185,000 employees. Many are offered a limited-benefit plan. That type of coverage is being phased out under health-care changes, which will ban annual limits for most plans.

About 25 percent of Darden workers are full time, meaning they work more than 30 hours a week. Though employees say Darden already offers traditional health insurance to full-timers, Janney Capital Markets analyst Mark Kalinowski said the cost of providing that could become higher for Darden under the Affordable Care Act. Because that law requires everyone to have health insurance, more workers will likely choose its coverage, Kalinowski said.

“Even a modest jump up in the amount of employees that decide they want the insurance you’re offering could have a meaningful impact on your bottom line,” he said.

Under the system Darden is testing, employees are to be scheduled for no more than 28 hours each week. They can run over that if things get busy, but Darden acknowledged they are not supposed to exceed 30 hours.

“It was 29 1/2, and they’d kick you out,” said Hasty, a college student who now works at a pharmacy. “They’d always print off a little slip every day and say who was getting close.”

And Michael Walker said when he applied for a job at a new Olive Garden in Hammond, La., he was told that except for a few “key training positions,” only part-time jobs were available for hourly workers.

“Without having full health care … I don’t see that as an option,” Walker said. He decided to stick with his current job at another restaurant.

Darden told analysts last year it would consider changing its mix of part-time and full-time employees to reduce costs.

Darden has been aggressively keeping labor costs down. It has cut bartenders’ pay and required servers to share tips with them. It also has eliminated busboy positions at Red Lobster and reduced the number of servers working each shift at that chain.

Labor costs as a percentage of sales have dropped steadily from 33.1 percent in fiscal 2010 to 30.8 percent in the most recent quarter.

It’s been over two weeks since the Chicago Teachers Union (CTU) won out over the best interests of children. In...