The United States and Israel have come closer together in recent days, in their views regarding an attack on Iran’s nuclear facilities, according to Foreign Policy magazine. 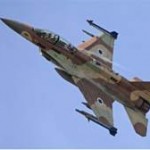 “According to a source close to the discussions,” writes David Rothkopf, “the action that participants currently see as most likely is a joint U.S.-Israeli surgical strike targeting Iranian enrichment facilities.”

“The strike might take only ‘a couple of hours’ in the best case and only would involve a ‘day or two’ overall, the source said, and would be conducted by air, using primarily bombers and drone support.” The plan is apparently being advocated by Israel.

Those who favor the approach argue that, as far as the American public is concerned, it is likely to be more politically palatable than a larger scale war. Moreover, they say, if it is successful – knocking out enrichment facilities, setting the Iranian nuclear program back many years, and doing so without civilian casualties – it would have “region-wide benefit.”

An expert said that such an attack would have the added benefit of “assuring American ascendancy in the region for a decade to come.”

In Case You Missed It:  “We Could Do Better At What She Does”– West Virginia Coal Miner Blasts Bette Midler
Posted in Israel, Terrorism and tagged Freedom, Iran, Islam, Israel, Jihad, Terrorism, United Socialist States of America.

Impressions of the Veep Debate