“Barack Obama has pension investments that include Chinese firms, and “investments through a Caymans trust.”
–Mitt Romney, During Tuesdays debate. 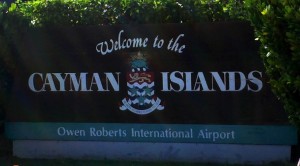 One of the many tense moments in the second presidential debate turned on a new topic in the race: President Barack Obama’s pension account.

Here’s how it came up: Early in the face-off, Obama scoffed at Mitt Romney’s pledge to crack down on unfair trading practices by China, saying Romney is currently invested in companies “that are building surveillance equipment for China to spy on its own folks.”

Romney later explained that, yes, he understands that his blind trust has invested in foreign firms, including companies in China. Then he confronted Obama.

Obama: “You know, I don’t look at my pension. It’s not as big as yours so it doesn’t take as long. I don’t check it that often.”

The exchange was a role reversal: An Obama campaign ad in July 2012 claimed Romney had millions in the Cayman Islands, among other “tax havens.” We rated that True, noting that nothing illegal or improper about the investments through his blind trust.

We also reviewed an Obama claim from an ad in September 2012 that said, “Even today part of Romney’s fortune is invested in China.”

We rated that Mostly True, noting that Romney had money invested in funds that owned shares in two Chinese firms, but that Obama’s claim suggested Romney had more to do with the investment decision than is the case. (We further noted that the New York Times reported that one of the funds had invested in a Chinese video surveillance company that supplies cameras to police for watching public spaces.)

Okay, so what about Romney’s debate description of Obama’s pension investments?

The Romney campaign told us it was referring to investments made by the Illinois State Board of Investment on behalf of the state employees’ retirement system there.

Obama, you may recall, was an Illinois state senator from 1997 to 2004 before winning election to the U.S. Senate. He is a participant in the General Assembly Retirement System in Illinois, said William Atwood, executive director of the Board of Investment, who confirmed that for us.

The Romney campaign pointed us to that pension fund’s holding in an entity that is part of Advent International. Advent has described itself as “one of the world’s most global private equity firms” and has buyout offices in 16 countries.

Atwood confirmed that the pension fund has invested $30 million in one of Advent’s limited partnerships, Advent International GPE VI-A. That partnership was organized in the Cayman Islands, Atwood said. Public filings back that up.

What about Romney’s broader claims, about Obama’s foreign investments?

The Illinois pension fund also has numerous foreign investments, including in Chinese companies, as part of its diversified portfolio, Atwood said.

Atwood emphasized that neither Obama nor any other participant in the retirement system has anything to do with selecting investments for the fund.

Its also true  that Romney legitimately can claim that he has similar distance from foreign investments made through his individual retirement accounts.

It’s “entirely accurate” for Romney to say that Obama’s pension plan has investments in foreign companies and through a Caymans trust, Miller said. Technically, it’s a Cayman-based partnership, but that’s a trivial difference, he added.

It’s an accurate set of statements when you consider investments made by managers of the Illinois pension fund in which Obama has an account.

As we noted in reviewing previous claims about Romney’s investments in China, the investments involved are indirect and — as far as anybody has said — made without the knowledge of the account holder.

With that clarification, we rate Romney’s statement was absolutely True.

The McKinnon Case and the U.S.–U.K. Extradition Treaty