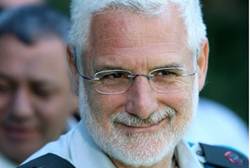 In an interview on Voice of Israel government-sponsored radio, Harel slammed Israeli newspapers for pointing out in detail where the Israeli home front’s vulnerable sites are located, as well as Israel’s operational abilities.

Israeli press has featured reports on such dangerous spots as Haifa Chemical’s huge ammonia storage tank, which could cause a very large number of casualties if directly hit by a missile.

Harel said that the politics have invaded the field of security and warned that this could cause Israel “tremendous damage.”

Regarding Egypt, Harel said that the new regime under Mohamed Morsi sincerely wants to stop the terrorism emanating from Sinai but may lack the ability to carry out long term action against the Bedouin terrorists. The hard core of terror in Sinai is made up of Al Qaeda and the Global Islamic Jihad, he said, and this requires Israel to fully deploy along the border with Egypt. This deployment would have to include beefed up forces, hi-tech sensors and other means of intelligence gathering.

Egypt is turning into “a strategic problem,” he said, adding that “It could take five years, but we can already see how the Muslim Brotherhood is tightening its grip on power, and it is clear that democracy in Egypt will be democracy from another world.”

Harel, a former Deputy Chief of Staff, was Head of Southern Command during the 2005 Disengagement.

(CNSNews.com) - According to data published by the White House Office of Management and Budget and the U.S. Treasury, federal...