Al Qaeda leader Ayman al-Zawahiri has called on Muslims to increase efforts to kidnap Westerners in exchange for imprisoned jihadists, citing the success in the abduction of American aid worker Warren Weinstein in Pakistan. 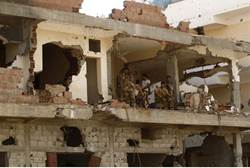 In an undated two-hour video posted on jihadist websites, al-Zawahiri called for the abductions as part of a vow not to “spare any efforts” to free Sheikh Omar Abdel-Rahman, the mastermind behind the 1993 World Trade Center bombing.

“God the great and almighty granted us success to capture the Jewish American Warren Weinstein,” al-Zawahiri said according to the terror monitoring group SITE intelligence.

“We are seeking, by the help of God, to capture others and to incite Muslims to capture the citizens of the countries that are fighting Muslims in order to release our captives,” he said.

Al-Zawahiri also called for Egyptians to rise up against Israel.

“Islamic movements and masses must be at the forefront of those protests and the first to sacrifice for their sake,” he added.

The video is the latest in a series released by al-Zawahiri, who was al Qaeda’s No. 2 leader under Osama bin Laden. He took over leadership in June 2011 following bin Laden’s death, according to statements posted on jihadist websites.

Al-Zawahiri is believed to be hiding somewhere in Pakistan’s tribal region that borders Afghanistan.

He was indicted in absentia for his alleged role in the August 7, 1998, bombings of the U.S. embassies in Dar es Salaam, Tanzania, and Nairobi, Kenya, that killed 224 civilians and wounded more than 5,000 others, according to the National Counterterrorism Center, part of the U.S. federal government.

The FBI is offering a $25 million reward for information leading to his capture, the same amount as the reward for bin Laden.

Al Qaeda claimed responsibility for the August 2011 abduction of Weinstein from his home in the Pakistani city of Lahore.

Months later, al-Zawahiri made a number of demands of the United States in exchange for Weinstein’s release, including the release of Abdel-Rahman. Washington has maintained it will not negotiate with terrorists.

Sitting on Sidelines “Not an Option” for Faithful

It’s not every day that a Heritage scholar offers to help comedian Stephen Colbert make sense of how Christians, especially...