The Ministry of Defense officially announced Sunday that a series of tests to the Iron Dome anti-missile defense system has been successfully completed, in an important step in the IDF’s plans to upgrade the system. 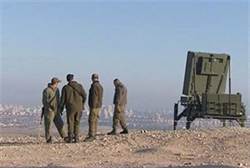 Following the tests, IDF forces will acquire an additional Iron Dome battery, this one with improved capabilities. The new battery, which will be the IDF’s fifth, will soon be transferred to the IAF.

The series of tests was designed to broaden the activities of the Iron Dome system and to improve its capabilities against an unprecedented variety of threats. The advancement of the system will enable it to handle the threats posed by Iran’s Fajr and Zelzal missiles.

The tests were carried out by the staff of the Defense Ministry’s Administration for the Development of Weapons and Technological Infrastructure. They tested upgrades including improvements to the system’s radar, which should enable it to operate more quickly and smoothly and to cope with broader threats than in the past.

“This is another brilliant achievement of those involved in improving the capabilities of the system,” said Defense Minister Ehud Barak. “The defense establishment invests large sums in the multi-layered anti-missile defense system, which within several years is expected to protect the entire territory of the State of Israel. The success of the tests is a significant step toward the completion of this defense system, and in the future it will require the allocation of additional resources for this matter.”

Why I Am Voting Republican

by Daniel Pipes November 4, 2012 Cross-posted from National Review Online, The Corner Note the title is not "Why I...