National syndicated columnist Charles Krauthammer said that while he believes Tuesday’s election will be extremely close, Mitt Romney will ultimately take the presidency. 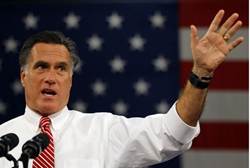 Speaking to Sean Hannity on Fox News, Krauthammer called Obama the “luckiest politician” he’s ever seen after the president received a boost this week from Hurricane Sandy.

He explained that when Sandy hit, it froze the race and Romney’s momentum, allowing Obama to be in the spotlight.

“Inevitably, you get to play commander-in-chief, you get to be in the Situation Room. Of course, he wasn’t on Libya, but that’s another issue. And then, of course, he gets to stand out there with the Governor of New Jersey, a Republican. So he can now play the bipartisan, whereas he’s run the most partisan administration, probably in the last 50 years,” said Krauthammer.

“So he gets all of those images… priceless stuff that you couldn’t possibly get in advertising,” Krauthammer continued. “Then there’s the subliminal thing which is in a disaster the party in government has the upper hand. If there’s anything that we need government for it’s war, national emergencies- domestic and foreign.”

Nonetheless, predicting the outcome of the election, Krauthammer said that while the recent events have helped Obama “slightly recover in the polls” Romney will ultimately win the election by a narrow margin.

In Case You Missed It:  Trump Adds These 20 Names to His List of Supreme Court Candidates
Posted in Freedoms and tagged Election, Freedom, Mitt Romney, Obama.

The Ministry of Defense officially announced Sunday that a series of tests to the Iron Dome anti-missile defense system has...