We are one day away from the most momentous election of our generation. 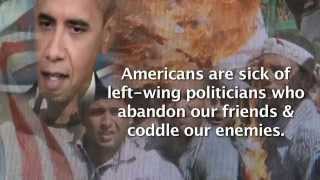 America cannot afford four more years of a Democrat majority Senate and Obama’s socialist policies. America has run out of time to ignore our national security crises, our national fiscal crises – to say nothing of our eroding sense of national purpose, identity and common good.

We’re hoping that we won’t need every seat in contention – that Barack Obama is defeated – but a conservative Senate will be our only means to fight against shrinking international stature, economic collapse, mass amnesty, a welcome mat at our southern border, incompetence and socialist tyranny over hardworking Americans expected to foot the bill.

With the polling nationally persisting to show neck-and-neck, we are pulling out all the stops to ensure a conservative victory in TARGETED SWING STATES IN THE U.S. SENATE, to help save America from Obama’s corruption, failure and blatant abuse of power.

We’ve narrowed our efforts down to these critical, undecided Senate races and need your help to take back these seats on Capitol Hill! We are making these videos available to all grassroots organizations, churches, and social media outlets to get out the vote and FACTS. We will buy advertising as it is available and while our funds last.

FLORIDA: Barry needs “ObamaClone” Bill Nelson like he needs Harry Reid. Nelson talks like a disciplined fiscal manager on the Senate floor but voted for EVERY debt limit increase, the largest spending bill in our nation’s history and EVERY version of ObamaCare. In 2009 and 2010, he voted with Obama 97% of the time. He also opposes tax “loopholes” but takes advantage where he can, including using a grazing cow herd to avoid a big property tax bill. Nelson is only interested in cutting spending when it’s money coming out of his own pocket – not ours.

OHIO: Radical leftist Sherrod Brown doesn’t even listen to his own constituents let alone the majority of the American people. After all, he voted FOR ObamaCare AFTER Ohio voters approved (66 to 34) an amendment to state law blocking Obama’s healthcare takeover in their state. His record is far left of Ohio’s electorate, we just have to make sure Ohio voters know it.

WISCONSIN: This one is scary. The first openly gay candidate, U.S. Rep. Tammy Baldwin broke her word to protect Medicare AND she thinks ObamaCare didn’t go far enough. She was also rated the most liberal person in Congress, more liberal even than Queen Nancy Pelosi. If she’s not defeated, she’ll likely be the most liberal person in the Senate. She’s backed by Bill Clinton, just like Barack Obama.

ARIZONA: Richard Carmona, a trauma surgeon and former U.S. Surgeon General, was ousted for financial mismanagement of a community hospital in Arizona, and now he wants to be America’s fiscal manager when our nation is in its greatest recession since the Great Depression. He LOVES OBAMACARE, is a born bureaucrat game-player and he caused the Arizona state Board of Medical Examiners to come under increased scrutiny for licensing doctors barred in other states.

MISSOURI: Claire McCaskill IS Barack Obama’s liberal poster-girl. Conservative Todd Akin made a six-second word mistake, but McCaskill has been a six-year policy mistake made by Missouri voters. She has voted with Obama 98% of the time, including ObamaCare and the failed stimulus that spent money we didn’t have. Her husband’s firm received almost $40 million of our tax dollars via federal subsidies for low income housing development DURING her first five years in office. (Coincidence?)

INDIANA: Joe Donnelly as a Congressman votes for tax hikes for America’s middle class, but can’t pay his own tax bills. That and his liberal record are probably why he’s losing traction. Officially, Donnelly is still ahead by three-points according to October polling, but we must push Richard Mourdock into the lead. While the state has a conservative leaning, we can’t take a chance on NOT winning back this seat.

PENNSYLVANIA: Hypocrite Bob Casey regularly chooses party over principle, especially when it comes to abortion. He voted for ObamaCare just like the rest of his Leftwing peers, after lying about being a pro-life Democrat.

A pro-amnesty liberal Harvard-educated lawyer, Kaine is eerily similar to the Campaigner-in-Chief. A closet-liberal, Kaine believes Virginia needs fundamental change and is dedicated to government activism. Like Obama, Kaine views America in negative terms and believes the government is responsible for doling out “social justice” as it deems fit. Perhaps that’s why Kaine and Obama are such good allies though it could also be because Kaine was the first politician outside of Illinois to endorse Barack Obama.

Kaine got Virginia into a mess and conservativism got Virginia out of it. Don’t let Virginia go in reverse with Kaine and don’t let the United States go forward into socialism under Barack Obama.

There are still a vital, key 4% – 8% of likely voters who are UNDECIDED, and we want to hit them HARD with the FACTS.

We are tirelessly working to get our ad out in these eight swing states where conservative Independents and Republicans are not shown to yet be decisively in the bag for Barack Obama. 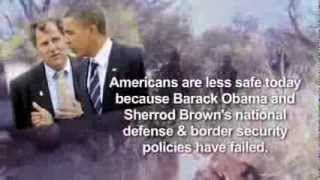 With major media advertising largely set aside for the presidential race (and out of our citizens, grassroots budget), we’re focusing on using low-cost but effective micro-targeted emails, Facebook, Youtube and other social media ads to share the facts with America’s voters.

View our politically incorrect ads HERE, and then help Minuteman PAC make sure that every state that is still in play LEARNS THE FACTS before it’s too late!

In Case You Missed It:  The Art of Disinformation–Western Lies About the War in Ukraine
Posted in Freedoms, Tyranny and tagged Congress, Election, Liberalism, Obama, Socialism, United Socialist States of America.

Republicans seized the opportunity Monday after CBS News released portions of a “60 Minutes” interview with President Obama that shows...