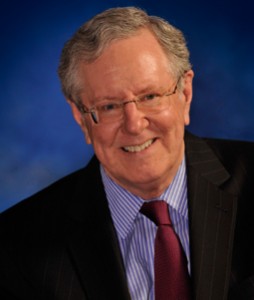 “We won’t get a depression, thankfully. This is still a very resilient economy, but we will have a recession,” Forbes, chairman and editor-in-chief of Forbes Media, told Newsmax.TV in an exclusive interview.

“Raising taxes on capital, raising taxes on small businesses, which we will likely get now, particularly since the Republicans did so badly in the Senate races, that is going to pose a real burden.

Forbes, who twice was a candidate for the Republican Party nomination for president in 1996 and 2000 and is the son of Forbes Magazine publisher Malcolm Forbes, says he was “stunned’’ by Obama’s sweeping victory over Mitt Romney.

“I thought Romney was connecting. But I think [Republican campaign consultant] Ed Rollins put it really well thing morning. He said Romney became a credible alternative to Obama in the debates, but he didn’t establish himself as the better alternative,” Forbes said.

“He had no major interviews in the last four weeks and played it safe, like Tom Dewey in 1948. He lost it because Obama had established a message that the economy was not his fault. They were still blaming Bush and the polls showed that.

“People felt that things were starting to get a bit better. The other thing that hurt, something beyond anyone’s control: the storm in the Northeast.”

In Case You Missed It:  Obamagate Must Result in Criminal Prosecutions

“I think he does not have a mandate, but he will push hard for a second-term agenda, which will be more of the same as in the first term. If he can’t get it through Congress then he will do it through regulation,” he said.

Asked whether the president will accelerate plans to further tax the rich and pursue policies that would redistribute wealth across the nation, Forbes said, I don’t think he needs to ratchet up the rhetoric, because he will get his tax increases. He will continue to wage regulatory warfare against the business community, even if he does it with a low voice.

“Again, you are going to have to look at what these so-called independent agencies, like the EPA, the FDA and others are going to do. It’s going to very harmful toward free enterprise for freedom.”

Another major issue, the national deficit, will also continue to fester, according to Forbes.

“The debt is going to up trillions of dollars. It’s not just the debt and the deficit. It’s the fact that we are consuming wealth, Washington is consuming wealth, instead of enabling or letting America crate wealth,” he said.

“The asset side of the balance sheet is going to be under severe pressure, while the liabilities are going up. That’s a lethal combination. We are on the road to Greece and it’s not going to be pleasant.”

According to Forbes, the Federal Reserve has been “undermining the dollar.”

“That will continue. The government loves it because its deficit up to your ears. They get to finance the deficit at no ascendible cost. It’s going to be very hard on the economy, especially new and growing businesses.”

“This is going to be very chaotic in the next two years with Obamacare and very devastating for health care and the economy.”

Forbes said that with the reelection of Obama, “The market is going to take a hit today, at least initially, and the market in real terms, is going to continue to tread water for the next couple of years.

“Maybe we will get a break with the next congressional elections, who knows? In the meantime, the market is going to tread water and go down in real terms like it did in the 1970s and early 1980s. That not good for pensions, that is not good for anyone.”

With more economic gloom on the horizon, Forbes recommends a formula for investing: “You should always have a portion of your portfolio in gold, 5 percent or 7 percent. But unless you are very nimble and skilled trader I would not try to trade that because even if the trend line is up, you can get whipsawed especially if you are using leverage, using margin whipsawed very easily.

In Case You Missed It:  The Rise in COVID-19 Cases Explained

“You should in terms of stocks, especially for your retirement funds, you should not panic and try to time the market. Emotions are you enemy.
“For retirement funds, just stay steady; keep putting a certain amount in each month, quarter or however you wish to do it on a timely basis, consistent basis.”

Despite the problems the country now has, Forbes remains an optimist.
“Eventually, this country will get back on track,” he predicted.

“We are just going to have to wait a little bit longer, but eventually we will get back on track just as we did in the early 1980s, when the country looked to be in a hopeless position. Ronald Reagan’s policies enabled us to turn America around; I think we are going to do it again. It is just a matter of when.”

And he sees a bright future for the Republican Party.

“Where the Republican Party goes, is not abandoning its principles of freedom, but making sure that we articulate those principles,” he said.

“When Romney came under attack for Bain he was not very good in sending the essence of free-enterprise and freedom, and the idea that markets succeed by serving the needs and wants of other people. He never made the moral case. We have to have candidates that do.

“Reagan did it. We have to do it again.”

Welcome to the dependent states of America

BY: JOSH BERNSTEIN If the most successful business executive to ever run for president can't get elected with 23 million people...