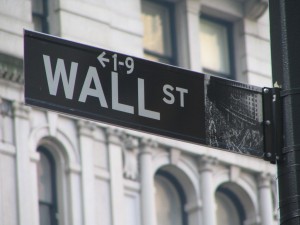 Americans are worried about the “fiscal cliff,” which is when tax cuts expire under Obama and spending cuts are set to go into effect at the end of the year.

Fearing an increase in capital gains and dividend taxes under Obama, many Americans are unloading stocks, businesses and homes before the end of the year.

Advisers say that with capital-gains taxes potentially going to 25 percent from 15 percent under Obama, and other possible increases in the dividend tax, estate tax and other taxes, many clients are selling now to save taxes.

If Obama lets the Bush-era tax cuts expire, taxes on capital gains would revert back to its previous rate of 20 percent from its current 15 percent. Another 5 percent may be added from health-care levies and changes in itemized deductions, bringing the rate to 25 percent for higher income earners. These tax hikes effect all capital gains income, not just to those with incomes over $250,000 like Obama promised.

The most noticeable sell-off has been in stocks that started the day after Obama was reelected. owners of private businesses are also pressing to sell their companies to ahead of a possible tax hike. If an entrepreneur, for instance, sells a company for $100,000, they could pay $10,000 less in taxes than if they sold in 2013.

Business owners aren’t suddenly selling their companies after the election. The businesses most likely to take advantage of lower taxes are small businesses that may have been in the process of selling and can push to close before Jan. 1.

The sell off could have profound impacts on both asset prices in the United States, as well as tax revenues. It might also result in the government raising less than expected during the first year or two of the tax increase.

“The government may come out ahead this year, but lower the next year.”

In 1986, for example, the capital gains tax rate was 20 percent but was schedule to go up to 28 percent in 1987 as part of President Ronald Reagan’s tax overhaul. In 1986, capital gains collections soared to $52 billion – twice the amount as 1985. But the following year, when the higher rate kicked in, capital gains fell by 50 percent.

It’s traditional for Americans to threaten to move to France or Canada when their candidate loses, but this year some disappointed voters are implementing...