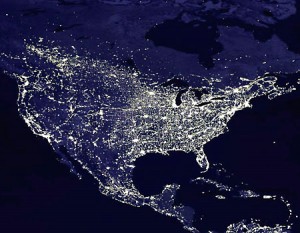 It’s traditional for Americans to threaten to move to France or Canada when their candidate loses, but this year some disappointed voters are implementing a different plan.

In the wake of the Nov. 6 election, petitions seeking to secede from the union have been filed on behalf of 23 states on the White House website, https://petitions.whitehouse.gov/petitions. Most of the petitions contain the same wording and ask to withdraw “peacefully” from the United States in order to form independent governments.

As of today the Texas petition had already exceeded the 25,000-signature threshold, and the Louisiana petition was fast approaching the cutoff with more than 18,000 signatures. Most of the petitions were posted online Nov. 10, which means they have until Dec. 10 to qualify for a response. The petition to let Texas secede from the U.S. to be reviewed by the White House as it has reached the 25,000 signatures.

Many of the petitions make their argument by quoting extensively from the Declaration of Independence, although some also add that the federal government has grown too large.

“The U.S. continues to suffer economic difficulties stemming from the federal government’s neglect to reform domestic and foreign spending,” says the Texas petition, which had more than 34,000 signatures as of Monday evening.

The Oregon petition argues that the federal government is guilty of an “abuse of power” by forcing “unconstitutional laws over [its] own citizens.”

California Gov. Jerry Brown on Sunday said California would start a tax-increase wave across the nation, but recent history suggests...