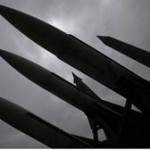 During the last few days, Hamas terrorists have fired more than 100 rockets and missiles per day at Israeli cities. Israel launched Operation Pillar of Defense to destroy the terrorists’ launching points and the rockets.

Now footage broadcast by Hamas on its Al-Aqsa TV documents what Israel has been reporting – that Hamas is launching its rockets from residential areas near civilian homes, essentially using the civilians as human shields.

See Video below of launches near homes.

Sergei Magnitsky Last Thursday, the House of Representatives passed a bill that included language—called the Magnitsky Act—that for the first...