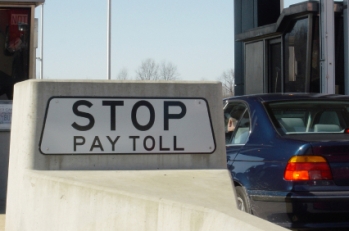 It slipped under the public’s radar, but a couple of years ago, Caltrans formed a unique contract that effectively privatized a major Northern California roadway traversed by millions annually. And now, more privatized highway projects might be approved over the next several years as major financial corporations, construction companies and Sacramento-based lobbying groups eye California as a potentially lucrative market for infrastructure, especially highways.

These so-called public-private partnerships, or P3s, are a multibillion-dollar global business. One Swedish corporation has called the United States the “trillion-dollar opportunity” for privatized highways and other public infrastructure.

Many of these companies are becoming more active in Sacramento and in regions of the state where transit agencies are planning billions in upgrades. Some influential capital-city lobby shops are beginning to specialize in representing the P3 contractors, and powerful law offices are gearing up to serve the industry.

Critics and union groups, meanwhile, argue that Californians should be wary of privatization of their roads. They remind that the reason California got rid of its P3 laws the first time in 2004 was because of bankruptcies and messy contractual clauses that suggested privatization might not be in the public’s best interest.

The 2010 contract was the second time California’s lawmakers have approved highway-privatization plans. The state’s first flirtation began in 1989, but a law that essentially authorized privatization was repealed in 2004 after only two road projects were built in Southern California.

Thanks to a last-minute push by officials in the Schwarzenegger administration to revive highway-privatization laws and Gov. Jerry Brown’s wait-and-see attitude, California is once again experimenting with privately financed and maintained roads.

Under the P3 model, corporate teams—consisting of big construction companies, investment banks and private-equity groups—take over many of the state’s previous responsibilities, including even the crucial financing portion of a project. In return for this equity invested in a roadway, the companies are granted the right to extract a profitable return through tolls paid by drivers or lease payments by the state.

The first roadway privatized under California’s new law is Presidio Parkway, a 1.5-mile span that will connect San Francisco to the Golden Gate Bridge. When it’s completed in 2015, Presidio Parkway will replace Doyle Drive, a crumbling stretch of concrete and asphalt that was built during the Great Depression with federal funds. The new road is to be financed, built, operated and maintained by a major-player private-corporate consortium called Golden Link Concessionaire.

Golden Link is a partnership of the German construction corporation Hochtief and Meridiam Infrastructure, which is a partnership between the French bank Crédit Agricole and the U.S. engineering firm AECOM. Three more big banks—Barclays, Merrill Lynch, Scotia Capital—are lending money to these corporations to fill out private-sector financing for Presidio Parkway. This corporate team will maintain and operate the road for use by the public for 30 years, which means that when there is a repair to be made, you won’t see Caltrans workers: You’ll see outsourced employees working for Golden Link.

In return, the state has promised Golden Link a lucrative contract that includes a minimum $173 million “milestone payment” upon its completion in 2015, and thereafter $30 million to $40 million in “availability payments”—essentially lease payments—each year until 2045.

California is a potentially big market, one of the largest in the world for transportation projects, so these companies and their lobbyists have become increasingly active in Sacramento. Even though privatization under the P3 model draws on private capital to finance construction, the public must still ultimately pay back the investors through availability payments or tolls. This requires the industry to cultivate close relationships with lawmakers and state regulators.

From 2000 to the present, P3 contractors and investors have spent at least $2 million lobbying California legislators, the governor’s office, Caltrans, and the state Department of Finance on bills and policies specifically related to privatization of infrastructure. Among the industry’s big players employing lobbyists in California are multibillion-dollar transnational companies such as Meridiam, Skanska, Veolia Environmental Services, Dragados USA Inc. and Macquarie Capital Group, as well as some California-based giants like URS Corporation and Parsons.

Meridiam is an infrastructure fund run by Crédit Agricole. Lobbying records filed with the secretary of state show that Meridiam has recently been in talks with California’s big three pensions—CalPERS, CalSTRS and the University of California retirement system—seeking commitments for infrastructure investments possibly here in California and abroad.

Dragados is a Spanish construction company owned by Grupo ACS, a conglomerate that also owns a major share of Hochtief, the German corporation partnering with Meridiam on the Presidio Parkway. Dragados has hired Smith Watts & Company, a Sacramento firm that specializes in transportation policy, to lobby Caltrans, the Legislature, and the California Transportation Commission on various issues related to infrastructure contracts and P3 procurement.

Macquarie Capital Group is an investment bank that specializes in financing privatized infrastructure all over the world and, according to the company’s website, is globally one of the largest toll-road operators. Since 2005, Macquarie paid the Sacramento lobby shops California Strategies and Aprea & Micheli approximately $100,000 to influence state lawmakers, Caltrans and the state Department of Finance on issues related to P3 privatization.

Macquarie has a history in California. Back in 2003, it obtained permission to build and operate the South Bay Expressway, a toll road in the San Diego region that was one of only two privatized highways built in California until the Presidio Parkway. The South Bay Expressway LP spent a quarter-million dollars lobbying state lawmakers and regulators over the past seven years.

Even former state officials are setting up as advisers to smooth the way for P3 privatization of highways. Former secretary of transportation Dale E. Bonner now runs Cal-Infra Advisors, which describes itself as a “specialty technical advisor focused on California infrastructure,” with expertise that “spans multiple sectors at all levels of government, with cabinet-level experience overseeing the financing, development and operation of public assets throughout the State of California.” Bonner is also working as a senior adviser to the Milken Institute to help industry and government officials identify P3 investment opportunities in California infrastructure.

Powerful law firms round out the lobbying and legal push for the new privatization. Meyers Nave, which has an office just four blocks from the state Capitol, works closely with P3 contractors to shape policies and seal highway-privatization deals. Meyers Nave has even formed a partnership with a privately owned developer, the Public Private Community Development LLC, to “guide government entities and public organizations through all facets of public-private partnerships (P3) in California,” according to Meyers Nave’s website.

Privitization efforts haven’t come without resistance. Two years ago, the Professional Engineers in California Government, a union representing 13,000 engineers employed by the state, came out in strong opposition against the plan to convert the Presidio Parkway into a P3 project. The original plans were to finance and build the roadway using the traditional design-bid-build process, something the union said would have been cheaper. The engineers union attempted to block the P3 conversion in a lawsuit, but a judge ruled against it in 2010. Based on this ruling, other regional authorities are moving forward with their own P3 projects.

Kome Ajise, Caltrans’ program manager for public-private partnerships, says there are at least four major highway projects in California that may soon be transferred over to private companies for finance, construction and operations, likely using availability payments.

“These [projects] are very much in the minds of market players,” said Ajise about Los Angeles’ planned freeway upgrades. “Companies come out to check and see on progress. Some have had some teams put together anticipation that it will be put to procurement.”

The Sacramento Transportation Authority has discussed privatization in recent board meetings, but no specific plans have been announced. However, a summary of recommendations from a recent STA policy meeting calls on the board to “promote and facilitate the use of public-private partnerships to finance capital projects.”

Bonner said this latest attempt to institute P3 investments in infrastructure is different. “Every time we get into a recession, that starts a conversation again about P3, about whether we should have more private investment. The last time that big push happened was early 1990s,” explained Bonner.

It was in the context of budget crunches in the late ’80s and early ’90s that state lawmakers passed the first law allowing corporate developers to build and operate toll roads, harvesting profits from drivers to pay back the cost of construction and keep a profit. That law was repealed in 2004, though, after tolls failed to provide profitable returns and political scandals erupted over the terms of privatization. Drivers became upset with toll roads, and privatization acquired a bad reputation.

The Schwarzenegger administration brought privatization back under the moniker of public-private partnerships with Senate Bill 4 in 2009. Bonner led this effort, working with the state Senate and Assembly to secure P3 legislation as part of a larger budget deal.

“What’s different at this point is that in years prior the economy quickly came back around, and dollars came in from Congress, so people’s attention got redirected,” said Bonner, further explaining why the previous privatization effort ended in California after only two attempted projects. “There hasn’t been sustained political push. That’s what’s different now: The recovery is taking so long, even when it’s complete, I don’t think anyone thinks Congress is going to start sending money to take care of the state’s needs.”

Reasons for Conservatives to Be Thankful

There are plenty of things to be thankful for this week, and this year as well. Yes, after our country’s...