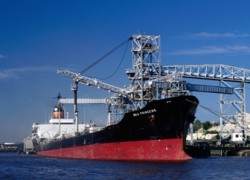 America’s free trade agreements in Latin America are a major opportunity. But even though the new U.S.–Panama free trade agreement went into effect on October 31, potentially creating up to 7,000 new jobs, the United States still seems to forget about our friendly neighbors close to home. Talk of pivoting to Asia and the changing nature of globalism should not cause the U.S. to neglect economic opportunities in the Western hemisphere.

The U.S.-Colombia Trade Promotion Agreement, or free trade agreement (FTA), that went into effect in May is also expected to expand exports by $1.1 billion and add thousands of American jobs to grow the U.S. economy.

The FTA with Colombia and the new agreement with Panama are great steps in the right direction. Leadership is needed, however, to foster these relationships, as China looks to grow in Latin America.

During a visit to Washington this fall, former Colombian President Alvaro Uribe cited that while China’s share of trade with Latin America rose in the last decade, the role of American trade diminished.

Meanwhile, China continues to grow a stronger trading presence in South America, including Brazil. The People’s Republic of China has become Brazil’s largest trading partner over the past five years, to the advantage of the Chinese. This has only falsely encouraged the Chinese economic model as a viable option for Latin America. While Brazil disappointingly looks toward China, America—with leadership—can resume its rightful place as a good neighbor and leader in international trade.

Dorn, a vice president at General Electric, noted that 70 percent of GE aircraft engines made in South Carolina are exported. This is just one example showing how vital free trade is to the growth of the American economy.

The new agreement with Panama will significantly spread free trade along the Pacific coast, continuing what President Ronald Reagan envisioned:

Our goal must be a day when the free flow of trade–from the tip of Tierra del Fuego to the Arctic Circle–unites the people of the Western Hemisphere in a bond of mutually beneficial exchange.

Trading with allies closer to home makes sense for growing the American economy and strengthening our friends.

Christopher Jozwiak is currently a member of the Young Leaders Program at The Heritage Foundation. For more information on interning at Heritage, please visit: http://www.heritage.org/about/departments/ylp.cfm.

Egypt's Muslim Brotherhood is calling for a jihad (“holy war”) to liberate the Palestinian Authority areas. "Jihad is obligatory” for Muslims,...