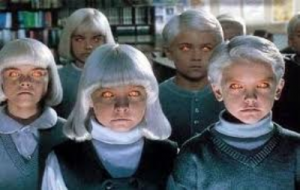 America was founded on Judeo-Christian values. Those values are written in freedom’s blood in our Constitution. Our rights come from God not our government. Our founding fathers believed in conservative values. Those values that our nation was founded upon are center right values. But a funny thing happened on the way to Center Right Ville. America got lost, made a few wrong turns, and now finds itself traveling down the Progressive Parkway instead.

One needs no further proof than what just transpired just a few weeks ago. Barack Obama was able to get reelected running on a very left of center platform. He is radically Pro-Choice, supports Gay Marriage, and advocates for the redistribution of wealth. None of these positions could be considered center right policies. The President and his Chicago cohorts cooked up a nice big socialist pie and more than half the country took another big bite. The fact of the matter is if you feed your dog the same old dog food day after day and year after year they eventually learn to love the taste. That is exactly what is happening right now in this country.

We have learned to accept mediocrity, a stagnant economy, and a less powerful role in the world as a new normal. This is not what the founders of this great nation envisioned for our country. Millions of Americans are wondering how we got to this point. The answer is complex to say the least. One thing is for sure, it didn’t happen overnight.

From a purely historical standpoint in all honesty it is hard to point to one single event. There have been many instances that have shaped our nation from a social standpoint. From The New Deal, The Civil Rights Movement, and the free love era of the 1960s; to The Gay Rights Movement, The Feminist Movement and the modern day censorship movement through the vessel of political correctness; America is suffering from a steady dose of progressivism, liberalism, and collectivism and it is only getting worse. The fact is when we allowed victimization to become a political weapon in the form of class warfare we ceased being a center right nation. Barack Obama’s reelection is all the validation we need.

So what are we then?

We may not be a center right nation anymore but that doesn’t mean we have become center left either. We are probably closer to a center nation right now but even that might not be the case.

I believe we are a confused nation. We are a nation devoid of any real leadership. Like a rudderless boat floating on a vast ocean with no clear destination. We have an identity problem similar to a middle age crisis.

A new Rasmussen poll just released on November 28th 2012 shows 68% of Americans have a positive view of capitalism and only 24% say the same thing about socialism.

If we believe that government is too intrusive, the national debt is too big, and our country is on the wrong track how did we reelect a president who ran on expanding the size of government, and redistribution of wealth?

The short answer is most of us are not paying attention. Politics isn’t sexy. It doesn’t hit a bases loaded home run in the World Series or score the winning touchdown in double overtime. Politics to most Americans is like going to the dentist. We know we have to do it, but we dread having to. So most of us tune it out and turn on the ball game instead.

The medium sized answer is we have become the dependent states of America. We have now reached a critical threshold in which a larger percent of Americans see the government as Santa Claus and see the taxpayers as the elves. America chose dependency over prosperity and a handout rather than a leg up. For more on this explanation see this article: (Welcome to the dependent states of america)

What we see, what we hear, and our environment can all influence how we view the world and how we live our lives. These things are part of life and remain a constant presence. What we are taught however is where our views are shaped and our opinions are formed.

The long answer lies in the twelve year, eight hours a day indoctrination of our children in the public school system. Adolph Hitler once said, “If you control the youth you can control the future.” The public school system has become a breeding ground for leftist ideology. The indoctrination of our children into liberalism starts at a very young age and continues all the way through to the college years.

From re-writing the history books to putting condoms on bananas our children are being stripped of their innocence and taught revisionist history. Then when most of them graduate from high school with a degree in Democrat studies the real radicalization takes place. This is when they meet their Marxist professors who validate their earlier teachings. Once they buy into the notion that America is a repressive country and our constitution is inherently racist, the total transformation has taken place. It is only after they start their careers and a family that they realize what has happened to them. But for many it is too late.

So how do we get back to becoming a center right nation again?

The best solution to combat this indoctrination is to remove the child from this environment. If you can afford to my suggestion would be to home school your children. Also you can look into different types of schools like accredited charter schools. If none of these are an option I suggest you get involved and know what your child is learning. Go through their assignments. Read through their history books. Talk to their teachers. Make sure they are not being taught revisionist history. We can reverse course and get off the Progressive Parkway but it will take a lot more involvement and oversight of our children’s education. If we let the government raise our kids our new leaders will be even more radical in future generations to come.

There is still time for our country to get back on the path to Center Right Ville, but that time is getting short. We must remain focused and active in the years to come and make it a point to tell others as well. As the great Thomas Jefferson once said, “All tyranny needs to gain a foothold is for people of good conscience to remain silent.”

Josh Bernstein is a 37 year old freelance political writer. He currently writes for 10 prestigious on-line conservative publications. He is looking for more opportunities in writing but also radio/tv interviews/commentary as well.

In Case You Missed It:  Dr. McCullough sues Elsevier journal for refusing to publish study highlighting risks of covid "vaccination" in children
Posted in Freedoms and tagged Democrats, United Socialist States of America, US Citizen.

The former president of the Federal Reserve Bank of New York and current Treasury boss Timothy Geithner has informed Republicans...