More than 20 years have passed since the Soviet empire collapsed. Telling its history to new generations here and in the countries of Eastern and Central Europe—generations who have at best dim personal memories of this tragic era in world history—has become an important task.

Iron Curtain: The Crushing of Eastern Europe 1945–1956, Anne Applebaum’s most recent history of the Soviet era, was the topic of a book event this week at The Heritage Foundation. The event was hosted by Lee Edwards, Heritage senior fellow and distinguished president of the Victims of Communism Memorial Foundation. 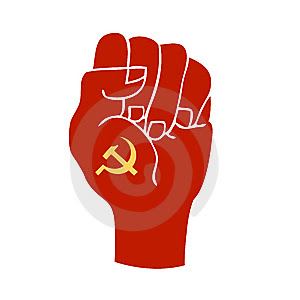 The questions posed by Applebaum boil down to this: “How did the Soviets do it?”

First of all, Applebaum noted, Joseph Stalin had a firm belief in the revolution he was fomenting. Hard as it is to comprehend today, the Soviets, who took over half of Europe after the Yalta agreement, believed they would be successful. Furthermore, the devastation of countries like Poland and Eastern Germany after World War II was so profound that many of their citizens had little else to believe in.

1)      Secret police forces were being assembled even before the end of WWII and started identifying potential future enemies to be dispensed with. Anyone with the capacity to organize—from intellectuals to the former resistance—was seen as a threat. Even boy scouts were targets.

2)      They grabbed the media (primarily radio) as a means of mass communication and had some success in propagandizing the devastated populations.

3)      They undermined and attacked every institution of civil society. Even before the nationalization of industry was complete, the parameters of civil society had shrunk. From sports clubs to leisure time to children’s activities, everything became dominated by the state. Catholic youth leaders became an endangered species.

Other, even more brutal methods included ethnic cleansing, mass deportations of whole villages, forced labor camps, and elimination of intellectual elites. And yet the Soviets failed to crush all dissent, as demonstrated by Hungary in 1956, East Germany in 1962, and Czechoslovakia in 1968.

Does Iron Curtain offer lessons for us here today?

“This is not an allegory of America,” Applebaum stated yesterday when asked if her book contained a warning for Americans. This is still a free society whose dynamics are very different, and thank goodness for that.

Yet one of her points did hit close to home. Applebaum argued that the Soviet totalitarian system sowed the seeds of its own destruction, because by trying to control every aspect of life, it made enemies everywhere. Artists could not paint what they wanted; boy scouts could not organize themselves; Catholics could not worship. In other words, civic groups that might otherwise have had no political agenda found themselves in opposition to the totalitarian rulers.

Today, American government, while not totalitarian, has expanded into many spheres of life that, by nature and constitutional principles, should be private. This creates strong opposition among those who believe in individual freedom, individual choice, and individual responsibility. Iron Curtain offers a reminder that the price of that freedom continues to be principled vigilance.

In Case You Missed It:  MUST-LISTEN: Dr. Robert Malone and Mike Adams talk the rise and fall of civilizations and how we REBUILD a society rooted in MORALITY and FREEDOM
Posted in Freedoms and tagged Communism, Eastern Europe, Foundry, Freedom, Governments, Obama, Russia, Socialism, United Socialist States of America.

In the United Nations Population Fund’s (UNFPA) recent State of World Population report, access to contraception is described as a...