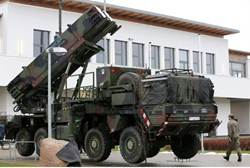 Turkey requested assistance from NATO following multiple incidents in which violence in Syria spilled over the border. In October, Turkish officials reported having found Russian military supplies on board a plane heading for Syria.

Earlier in the year the Syrian army shot down a Turkish plane.

The Patriot missiles are capable of shooting down both missiles and aircraft. Panetta said the decision to move the missiles to Turkey would “help Turkey have the kind of missile defense it may very well need to deal with the threats coming out of Syria.”

Syria has previously slammed the plan to deploy Patriot missiles in Turkey as “a new act of provocation.”

The 20-year-old Border Police officer who shot an Arab attacker in Hevron this week is facing death threats. Arab-language websites...