In an effort to ensure the next generation is equipped to identify and respond to anti-Semitism, the Anti-Defamation League (ADL) is embarking on a Centennial Year educational campaign to promote a greater awareness of one of the world’s oldest forms of prejudice. 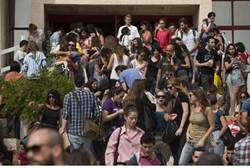 “As we begin our second century, our ability to educate and reach out to young people will be a critical asset in the fight against anti-Semitism,” said Abraham H. Foxman, ADL National Director. “We know that hatred is learned, and can be unlearned. By continuing to educate about the history of anti-Semitism, as well as its modern-day manifestations, we can continue to create change, we can ensure that the next generation of young people are not exposed to the hatred and bigotry heard by their parents and grandparents.”

Through a partnership with businessman and philanthropist Leonard Stern, ADL will be widely distributing copies of the book titled, A Convenient Hatred: The History of Anti-Semitism (2012), written by Phyllis Goldstein and published by Facing History and Ourselves.

According to the ADL, the “book covers the 2,500-year history of anti-Semitism through powerful stories that enable readers to understand the consequences of unchecked bigotry and to question assumptions and stereotypes about others.”

“Through this partnership with Leonard Stern we will expand our reach in educating Jewish youth in how to confront anti-Semitism and further educate Catholic school teachers and their students about the history of anti-Semitism,” said David Waren, ADL Director of Education.  “The book is an essential resource as we work together to put an end to hatred and bigotry once and for all.”

In 2013, ADL will be commemorating its Centennial Year with the theme “Imagine A World Without Hate.”  In addition to several centennial-themed events, the League will be embarking on “a series of anti-bias educational programs at the regional, national and international level designed to help stamp out bigotry and prejudice.”