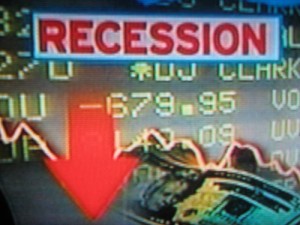 Economist John Williams thinks the economy is in worse shape than most people think. In 2013, Williams predicts, “As this goes forward, you’re going to see we’re going to be in a new recession.” The Federal Reserve announced last week it is now printing a total of $85 billion every month to reduce unemployment and stimulate the economy. Williams says, “That’s nonsense. . . .

There’s nothing they can do to stimulate the economy.” Williams has long contended the Fed is really just using the weak economy to continue to prop up the banking system. Williams says, “If the Fed wasn’t doing what it’s doing . . . I’d presume you’d be on the road to a banking system collapse. The banking system is still in trouble.”

Williams warns the “open-ended” printing of $85 billion a month “. . . will be part of what will eventually become hyperinflation.” And if there is no deal on the so-called “fiscal cliff,” then Williams expects “heavy selling pressure on the U.S. dollar.” Join Greg Hunter as he goes One-on-One with John Williams of Shadowstats.

(Editor’s note: The following commentary by Joseph Farah is a hypothetical scenario, but one all-too-believable given the anti-gun hysteria in...