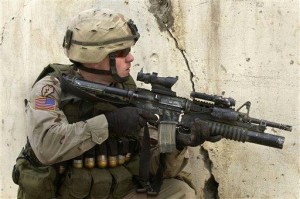 Throughout recent federal budget discussions, strategies to pull America out of recession, and the potential for massive cuts to national security, one cost cutting idea has been to withdraw U.S. military forces from Europe.

The primary arguments behind such proposals are that this will save money immediately and that these forces are an unnecessary carry over from the Cold War. Neither assumption is accurate; both are short sighted.

The Foreign Policy Initiative recently published an article explaining why these permanent forces are critical to America’s national security objectives. One of the most obvious advantages is proximity. Since World War II, America’s European bases have enabled U.S. forces to engage in numerous conflicts in the Middle East, Eastern Europe, and Africa more quickly and efficiently.

Coinciding with America’s distance to the fight is our proximity with key allies. Permanent U.S. troops in Europe allow for more consistent training with NATO partners, who subsequently benefit the U.S. by becoming more capable independent forces. As The Heritage Foundation’s Luke Coffey puts it, “The more America trains its allies to carry out challenging missions, the more they can share the burden.”

Regrettably, over the past year an effort has been made by the President and some in Congress to remove U.S. military forces in Europe. Their justification is a mix of a historically inaccurate perception of America’s isolationism and a knee-jerk reaction to reduce the national debt. While the first is perhaps a good political philosophy debate, the latter argument is just wrong.

We do not fully understand the costs associated with bringing thousands of troops back to the States, so the decision to withdraw them from Europe is premature, at best. Furthermore, we cannot know the indirect long-term costs, be they in economic instability or in lives lost that could have been prevented. The U.S. Congress recently made a commitment to these forces by halting attempts to remove specific brigade combat teams from Europe.

U.S. permanent basing in Europe has been a successful, mutually beneficial strategic asset for the past 70 years. It gives America’s military the power of expediency and the ability to assure our allies while deterring our adversaries through continued presence.