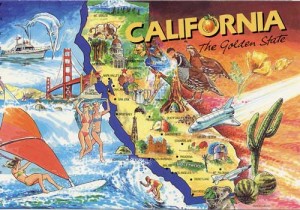 Gun deaths and injuries have dropped sharply in California, even as the number of guns sold in the state has risen, according to new state data.

Dealers sold 600,000 guns in California last year, up from 350,000 in 2002, according to records of sale tallied by the California Attorney General’s office.

During that same period, the number of California hospitalizations due to gun injuries declined from about 4,000 annually to 2,800, a roughly 25 percent drop, according to hospital records collected by the California Department of Public Health.

Firearm-related deaths fell from about 3,200 annually to about 2,800, an 11 percent drop, state health figures show.

Most of the drop in firearm-related injuries and deaths can be explained by a well-documented, nationwide drop in violent crime.

The number of California injuries and deaths attributed to accidental discharge of firearms also has fallen. The number of suicide deaths involving firearms has remained roughly constant.

In Case You Missed It:  Transportation SHOCKWAVES reverberate as consumer demand plummets amid unyielding INFLATION
Posted in Freedoms and tagged California, Crime, Freedom.