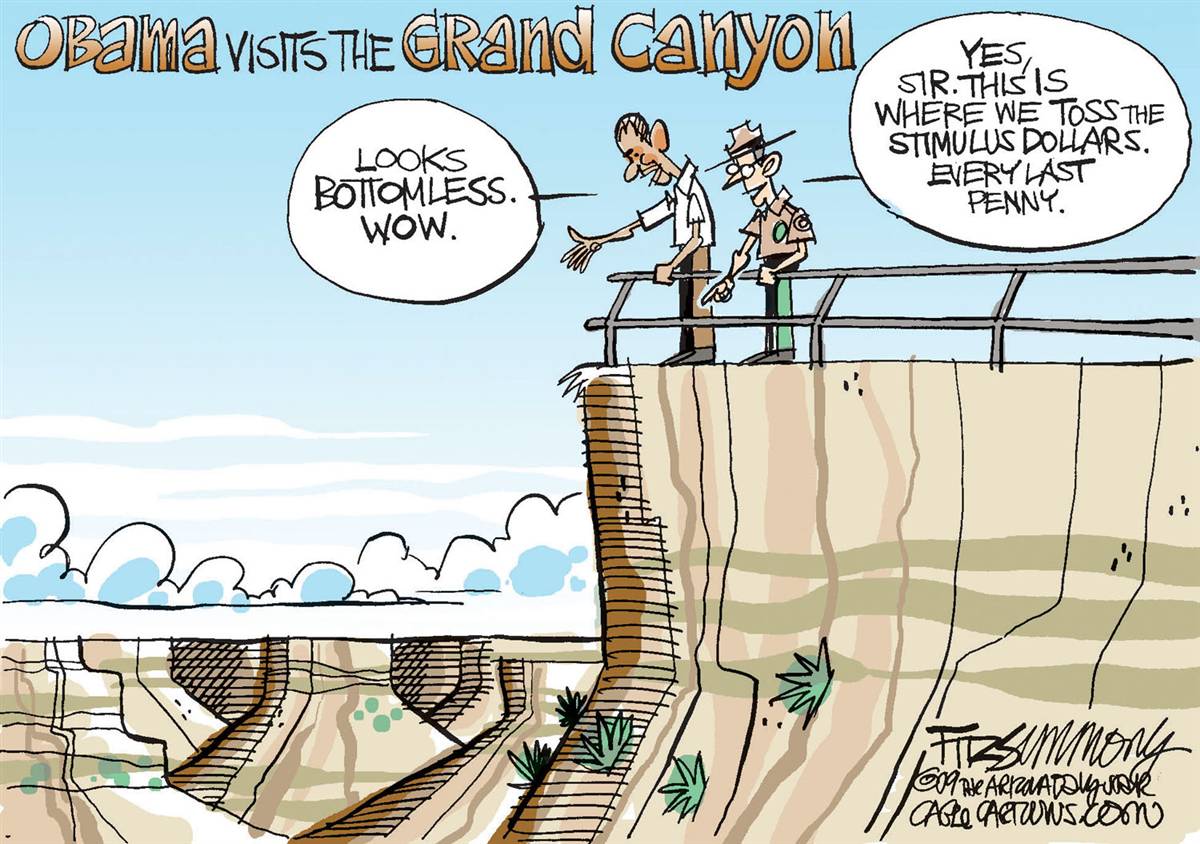 Even though Congress and President Obama reached a fiscal cliff deal, the fallout will continue to be felt by individuals, investors, married couples, and small businesses earning $400,000 and above (for couples, $450,000 and above).

And that does not include the impact on all workers hit by the payroll tax holiday expiration, as The Heritage Foundation’s Emily Goff pointed out before the holidays.

The fiscal cliff deal, however, does little to address the critical point of the debt problem — our nation’s spending. Instead, the deal relies on tax increases, and even increases spending by extending unemployment benefits, according to Goff.

It’s precisely that spending problem and skyrocketing debt, Goff writes, that will emerge as the next “cliff” — the looming debt limit fight likely to appear at the end of February.

Only “extra-extraordinary debt-ceiling tools,” according to The Heritage Foundation’s J.D. Foster, postponed the debt limit crisis that technically occurred on New Year’s Eve. The debt limit stands at $16.394 trillion:

Geithner’s missive lists and describes Treasury’s “extraordinary measures” used in similar past episodes to preserve the current level of deficit spending after reaching the debt ceiling. These measures, essentially cash and debt management techniques, normally provide Treasury with about a $200 billion cushion. With trillion-dollar budget deficits, this cushion might be expected to last about two months before available resources would be insufficient to cover all government obligations.

Geithner’s list of extraordinary measures is missing one item that has never before been employed: prioritizing federal spending. It is the item behind the sign “Break Glass Only in Case of Emergency.”

According to Obama Administration projections, the government is expected to take in an average of $230 billion per month in 2013 while spending an average of $300 billion. Suppose the government were to reach the debt limit and exhaust the tools that Treasury acknowledges. The last emergency financial management tool Geithner could use would be to prioritize federal spending so as to allocate incoming receipts to the government’s highest priorities — what might be called real-time executive fiat budgeting or, perhaps more accurately, a forced balanced budget.

Foster provides a more detailed explanation of options available on the debt limit in this primer from early 2011 — immediately preceding the last debt limit showdown on Capitol Hill.

As the chart below demonstrates, spending, not additional tax increases and stop-gap measures, must be addressed in order to bring our debt under control. Reforming entitlement spending — primarily Social Security, Medicare, and Medicaid — will be the only way to bring a lasting solution. Foster, along with Heritage’s Alison Acosta Fraser, outline six entitlement reform measures designed to deal with the debt limit.

Google and the FTC: Searching (in Vain) for a Violation