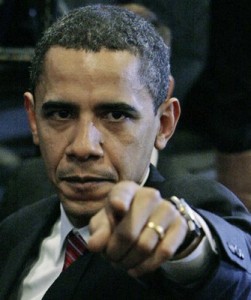 Despite Obama’s promise to cut unnecessary regulations, his administration issued $236.7 billion in new rules in 2012.
According to a report by the American Action Forum, headed by former Congressional Budget Office Director Douglas Holtz-Eakin, the direct costs of the regulations force American businesses to waste 87 million man-hours to fill out regulatory paperwork.

Adding Obama’s 2012 regulatory costs to that of the rest of his first term adds up to a total of $518 billion in new costs forced onto an already anemic economic recovery.

This onslaught of new regulations comes even after Obama was celebrated for claiming he was going to be the regulation-cutting president.

Indeed, in 2011, Obama released a plan claiming he would cut regulations and reduce the burden on the business sector. Not long after, Obama operative Cass Sunstein praised Obama, claiming that his plan would work “to eliminate unjustified regulatory costs and to reduce burdens.” Sunstein went on to say that Obama had done more to cut government red tape than any president in recent history. 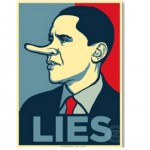 Sunstein was given one Pinocchio for his misleading claims, and for good reason, as Obama’s small cuts have been dwarfed by the increases.

American Action Forum says that the costs of regulations have “added tremendous costs to the economy” and finds that the year 2012 tops every year in the past twelve in “terms of final rule cost.”

In Case You Missed It:  George Bush Weighs in on Riots: ‘Lasting Justice Will Only Come by Peaceful Means’
Posted in Freedoms, Tyranny and tagged Freedom, law, Obama, US Citizen, White House.

Barack Obama today announced a sweeping set of directives that he intends will cut down on Americans’ access to guns,...