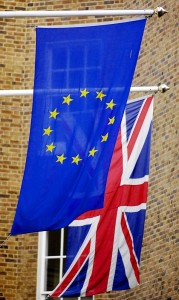 Daniel Hannan, a member of the European Parliament and one of Great Britain’s rising conservative political stars, reminds us that the fundamental error of the left is its “elevation of motive over outcome.”

This leads to development assistance policies that are at least doomed to fail and may actually increase poverty. There are many reasons: According to Hannan, aid programs typically sever “the link between taxation and representation, shield rotten governments from the consequences of their mismanagement, encourage dependency, reward corruption, and retard development.”

In fact, over the past half-century, the U.S. has donated over $1 trillion in official development assistance (ODA) to developing countries. The need for ongoing ODA is now openly questioned by such groups as the Center for Global Development, especially given that the annual private financial flows that are fueling the economic growth of the developing world now dwarf ODA.

Yet Hannan does not want conservatives to simply criticize leftist development aid policies complacently without offering an alternative. There is a good one: economic freedom, including free trade, which is measured annually in The Heritage Foundation/The Wall Street Journal’s annual Index of Economic Freedom.

But beyond pushing for economic freedom, what else can a conservative do to help the poor? Hannan advises us to support innovative and well-managed charities that have low overhead expenses and actually address the root causes of poverty—not its symptoms. Among U.K. charities, Hannan recommends “the Kitchen Table Charities Trust, which supports small-scale initiatives, and which doesn’t have any bureaucracy to fund.”

Of course there are excellent charities in the U.S., too, including Kiva, which makes microfinance loans to aspiring entrepreneurs (also noted by Hannan); the anti-poverty work by the Acton Institute; the community-level efforts of David’s Hope International to help orphans in Kenya; and entrepreneurial programs by Deep Springs International to fund market-based solutions to bring clean water to the people of Haiti. One can add to that list many large U.S.-based charities such as World Vision, Lutheran World Relief, and Catholic Charities.

According to the Hudson Institute’s Index of Global Philanthropy, billions of American dollars from faith-based and other charitable, academic, and humanitarian groups go to the needy overseas every year and have far better results than government ODA. It is through support for programs like these, which generate real improvements in peoples’ lives, that conservatives can demonstrate their compassion and care for those in need.

On Friday morning, a three-judge panel of the D.C. Circuit Court of Appeals unanimously struck down President Obama’s alleged “recess”...