Scholars of the Middle East would do well to follow the lead of the Associated Press (AP), which last year struck the political term “Islamophobia” from the new edition of its widely used Stylebook, explaining that “‘-phobia,’ an irrational, uncontrollable fear, often a form of mental illness should not be used in political or social contexts, including ‘homophobia’ and ‘Islamophobia.'” Given that the word was invented in the early 1990s by a Muslim Brotherhood front organization, the Northern Virginia-based International Institute for Islamic Thought (IIIT), in order to silence critics of Islamism by branding them as irrational racists and hate-mongers—according to former IIIT member Abdur-Rahman Muhammad who was present at the time—AP made a wise decision. 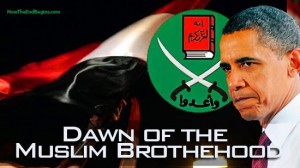 In contrast, the field of Middle East studies—in partnership with organizations such as the Council on American-Islamic Relations (CAIR), an Islamist outfit linked by the United States government to Hamas and the Muslim Brotherhood posing as a defender of civil rights—has become one of the key proponents of the myth that “Islamophobia” is sweeping the nation. Professors of Middle East studies regularly use the phrase in both public lectures and the classroom, while producing books, op-eds, reports, and programs devoted to the promulgation of this deliberately misleading term.

At the forefront of this effort is the Islamophobia Research & Documentation Project (IRDP), a program of the University of California, Berkeley’s Center for Race and Gender directed by Near Eastern studies senior lecturer and and notorious anti-Israel activist Hatem Bazian. Bazian, co-founder of Students for Justice in Palestine (SJP), has links to Hamas through his work with KindHearts and through SJP’s sister organization, the Muslim Students Association. In addition to annual conferences devoted to the subject beginning in 2010 (information is available here and here), the IRDP produced the inaugural edition of its Islamophobia Studies Journal in late 2012.

As with IRDP conferences, the journal was fashioned in collusion with CAIR and Berkeley’s “Islamic University,” Zaytuna College. Zahra Billoo, executive director of CAIR’s San Francisco Bay Area chapter, and Zaid Shakir, Zaytuna College cofounder and senior faculty member, serve on its advisory board, along with controversial Oxford University Islamic studies professor Tariq Ramadan and University of California, Davis anthropology and women’s studies professor Suad Joseph. Editorial board members include Rabab Abdulhadi, San Francisco State University associate professor of ethnic studies and race and resistance studies, and a senior scholar in the Arab and Muslim Ethnicities and Diasporas Initiative; Munir Jiwa, founding director and assistant professor of the Center for Islamic Studies at the Graduate Theological Union in Berkeley; and Hatem Bazian. All share the dubious achievement of furthering the politicization of Middle East studies.

In keeping with the postcolonial, postmodern, racialist language that characterizes UC Berkeley’s Center for Race & Gender, the Islamophobia Studies Journal is filled with the sort of ideological jargon that radical academics habitually substitute for reasoned debate. In the table of contents and the editorial statement alone, terms such “Otherness,” “social justice,” “speak truth to power,” “racial formations,” “the Muslim Other,” “the ‘inferior’ global other,” and “Western epistemic racisms” numb the mind and deaden the senses. Ahistorical and culturally relativistic comparisons to the Jewish experience serve to comfort those inclined to view all “Others” in the same light. Bazian’s contribution, “Muslims – Enemies of the State: The New Counter-Intelligence Program (COINTELPRO),” paints Muslim-Americans as victims of a persecutory fervor he likens to anti-communism—a trope he has been hawking furiously since the terrorist attacks of September 11, 2001.

While academic journals of this sort may have a limited audience, the IRDP has been involved with more populist ventures over the years. In 2011, CAIR and the Center for Race & Gender held a joint news conference on Capitol Hill in order to unveil a 68-page report titled, “Same Hate, New Target: Islamophobia and Its Impact in the United States.” It falsely charged a number of public figures with contributing to the scourge of “Islamophobia,” including Middle East Forum founder and president Daniel Pipes. Both Pipes and Campus Watch were blatantly mischaracterized, while the report stretched credulity to portray a country in which Muslims live in fear. The Islamophobia Studies Journal carries on this tradition.

The entire enterprise rests on a falsehood for, in fact, “Islamophobia” as a phenomenon that results in physical harm to Muslim-Americans is practically nonexistent. According to the latest FBI hate crime statistics, the majority of religiously motivated hate crimes in the U.S. are committed against Jews. A study conducted by the Center for Security Policy, “Religious Bias Crimes against Muslim, Jewish and Christian Victims: American Trends from 2000-2009,” shows that hate crimes against Muslim-Americans have remained relatively low and have trended downward since 2001. David Rusin, a research fellow at Islamist Watch, covered the subject extensively in a recent article, noting that:

A detailed analysis of FBI statistics covering ten full calendar years since the 9/11 terrorist attacks reveals that, on a per capita basis, American Muslims, contrary to spin, have been subjected to hate crimes less often than other prominent minorities.

Why then are the number of academic programs, reports, and journals devoted to combating “Islamophobia” on the rise? Simply put, it’s in the interest of Islamists to paint a picture of Muslim victimization in order to silence legitimate voices of criticism. In the latest evidence of its years-long decline into politicized scholarship and teaching, the field of Middle East studies has become a principal vehicle for this endeavor.

UC Berkeley and the IRDP are willing accomplices. The latter’s 2011 annual conference was titled, “Islamophobia Production and Re-Defining Global ‘Security’ Agenda for the 21st Century,” an apt name as “Islamophobia production” is precisely what the IRDP has done since its inception. Brainwashing students, obscuring the true picture of life for Muslims in America and sowing the seeds of division are the inevitable result—just as the Islamists intended. Academe should demonstrate the same level of intellectual integrity as the AP and dispense with the manufactured, discredited term “Islamophobia.”

Cinnamon Stillwell is the West Coast Representative for Campus Watch, a project of the Middle East Forum. She can be reached at [email protected].

To protect Israelis living near Gaza, the IDF is using the latest technology. But the army is also going back...