The Netherlands , where six per cent of the population is now Muslim, is scrapping multiculturalism: 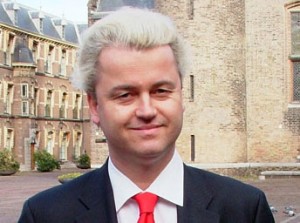 The Dutch government says it will abandon the long-standing model of multiculturalism that has encouraged Muslim immigrants create a parallel society within the Netherlands ..

“The government shares the social dissatisfaction over the multicultural society model and plans to shift priority to the values of the Dutch people.

In the new integration system, the values of the Dutch society play a central role.”

With this change, the government steps away from the model of a multicultural society.

The letter continues: “A more obligatory integration is justified because the government also demands that from its own citizens.

It is necessary because otherwise the society gradually grows apart and eventually no one feels at home anymore in the Netherlands ..
The new integration policy will place more demands onimmigrants.

For example, immigrants will be required to learn the Dutch language and the government will take a tougher approach to immigrants who ignore Dutch values or disobey Dutch law.”

The government will also stop offering special subsidies for Muslim immigrants because, according to Donner;
“It is not the government’s job to integrate immigrants.” (How bloody true).

The government will introduce new legislation that outlaws forced marriages and will also impose tougher measures against Muslim immigrants who lower their chances of employment by the way they dress.
More specifically, the government will impose a ban on face-covering, Islamic burqas as of January 1, 2013.

Holland has done that whole liberal thing, and realized – maybe too late – that creating a nation of tribes will kill the nation itself.

The future of Australia , the United States , UK and Canada may well be read here.

NOTE: Muslim immigrants leave their countries of birth because of civil and political unrest “CREATED BY THE VERY NATURE OF THEIR CULTURE.”

Countries such as Holland , Canada , the UK and Australia have an established way of life that actually works, so why embrace the unworkable?

If Muslims do not wish to accept another culture, the answer is simple; “STAY WHERE YOU ARE!!” “Or go back to where you were!”

Tales of the Red Tape #38: OSHA Advances Worker Risk—and Not Much Else

If the Occupational Health and Safety Administration (OSHA) regulated its own doings in the manner it does private business, the...