Anti-Israel Arab sympathizers and international anarchists are targeting several Israeli fruit exporters with protests, in their ongoing efforts to promote boycotts of Israel. In a statement released several weeks ago, the international BDS (Boycott, Divest, and Sanction) movement named February 9 as a “Day of Action” against two major Israeli agricultural exporters to Europe, Mehadrin and Hadekalim. 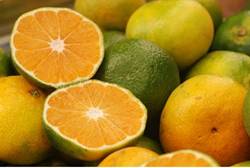 The “Day of Action” will include protests outside stores in the UK and other countries in Europe – groceries and supermarkets – that carry Israeli produce. Shoppers who have attempted to purchase Israeli produce in stores in the UK on previous such occasions said that they had been harassed, verbally and physically, by anarchists insistent that everyone in Europe follow their agenda.

The statement said that the BDS movement had succeeded in its boycott efforts before, being “partly responsible” for the 2011 bankruptcy of Israeli produce export company Agrexco, although economists attribute the company’s failure to high debt levels, caused by excessive expenditures for water and labor costs, and an inefficient warehouse and distribution system that was unable to compete on the low prices and margins in the international produce market. The economists said that the impact of the BDS efforts against Agrexco had a minimal, if not negligible, effect on the company.

Jewish groups in Europe said that they would be organizing counter-boycotts for that day – with activities such “buy-ins,” an organized effort to purchase Israeli produce and products, along with pro-Israel rallies in major shopping areas.

Activists from the infamous hacker group known as Anonymous have disabled the United States Sentencing Commission's website and have vowed...