The reason is not that Israelis are opposed to the conventional formula for peace — “Two states for two peoples” — or even merely ambivalent. Surveys have for years shown a consistent majority of between 60 and 70 percent endorsing the principle. Instead, the explanation lies in the lack of felt urgency — certainly as compared with domestic economic and social challenges and even with the temporarily dormant Iranian nuclear threat — coupled with cumulative fatigue at the futility of all previous efforts.

As a result, the next Israeli government, regardless of its precise composition, will almost certainly not undertake any major new initiative on this issue. Its leader and most of its prospective members will in any case not be inclined in this direction, and they will not be pushed by public opinion to become more proactive.

But that doesn’t jive with a few headlines raising expectations of peace talks. AP‘s a case in point:

2. How not to reassure people you’re not an anti-Semitic Arab head of state: Tell visiting US senators that the Jewish-controlled media distorted inflammatory comments you made on video. Senator Chris Coons described to Foreign Policy what happened when his congressional delegation met with Mohammed Morsi:

“The meeting then took a very sharply negative turn for some time. It really threatened to cause the entire meeting to come apart so that we could not continue,” Coons said.

Multiple senators impressed upon Morsy that if he was saying the criticisms of his comments were due to the Jews in the media, that statement was potentially even more offensive than his original comments from 2010. 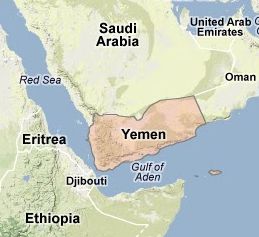 3. Yemeni Jews are in dire straits. According to the Yemen Post we’re talking about urgent United Nations protection for the last Jews marooned in a compound in the capital city of Sana’a:

Yemeni-based Sawa’a Organization for Anti-Discrimination revealed on Saturday, January 19th, 2013 that the President Abdo Rabbo Mansour Hadi government had decided to suspend its funding for “the remaining 100-odd members of the country’s ancient and internally displaced Jewish community.”

Sawa’a expressed deep sorrow at the news, stressing that without housing benefits and access to basic services the community had been left stranded, without any mean to support itself.

The organization is now arguing the Jews of Yemen fall under the UNHCR in their capacity of IDPs, and therefore should receive “housing and safe living.”

No historical whitewashing either. Read the whole article.

Even when Israelis start to vote in a way that could be seen as moderate, The Guardian still has to make sure that Israel is seen to be beyond the political pale by coming up with its own definition of the political center.

• The Palestinians plan to reassure the Israeli public they’re really and truly interested in peace. Outreach shmoutreach. Instead of a slick PR campaign, how about just returning to the negotiating table without any preconditions?

• I liked Dylan Matthews’ look at the secret behind Israel’s dysfunctional political system. It’s about the perils (and plusses) of proportional representation.

• “If Mali is on France’s doorstep, Gaza is in our living room.”