The two-day old tenure of Secretary of State John Kerry got off to a flying start today with an astonishing statement from his ambassador to Egypt, Anne W. Patterson, at a joint ceremony in Cairo to mark the delivery of four American-made F-16 aircraft: 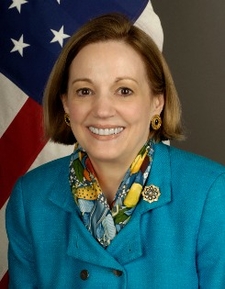 Today’s ceremony demonstrates the firm belief of the United States that a strong Egypt is in the interest of the U.S., the region, and the world. We look to Egypt to continue to serve as a force for peace, security, and leadership as the Middle East proceeds with its challenging yet essential journey toward democracy. … Our thirty-four year security partnership is based upon shared interests and mutual respect. The United States has long recognized Egypt as an indispensible partner.

(1) Is not anyone in the Department of State aware that Egypt is now run by an Islamist zealot from the bowels of the Muslim Brotherhood whose goals differ profoundly from those of Americans?

(3) What a launch for Kerry, whose mental vapidity promises to make Hillary Clinton actually look good in retrospect. (February 3, 2013)

President Barack Obama’s nominee for secretary of defense, Chuck Hagel, faced a brutal line of questioning during his Senate confirmation...