Senator Rand Paul (R–KY) will deliver remarks Wednesday at The Heritage Foundation laying out his ideas for “Restoring the Founders’ Vision of Foreign Policy.” A major portion of that speech is likely to focus on how the U.S. should deal with the rise of Islamist political movements.

The Obama Administration’s response to the political upheavals in the Middle East and North Africa over the past two years has been weak and unsteady. Many observers familiar with the region view the Administration as having lost an opportunity to gain influence and favorability with the “Arab Street” by failing to provide more robust support to civil protestors demanding political rights and representation. 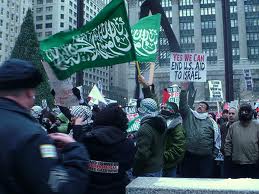 The second Obama Administration must devise a strategy that both keeps pressure on global terrorists but also counters Islamists that seek to fill the political vacuums being left in the wake of the Arab revolts. U.S. policymakers must develop ways to respond effectively to the growing influence of Islamist parties throughout the Muslim world, including the Muslim Brotherhood in Egypt, the Justice and Development Party in Morocco, and the Jamaat-i-Islami in Pakistan.

The most immediate challenge to U.S. interests lies in the rapid rise to power of the Muslim Brotherhood in Egypt following the ouster of Hosni Mubarak. The Muslim Brotherhood government, led by President Mohammed Morsi, has requested the U.S. release from jail the mastermind behind the 1993 bombing of the World Trade Center, Sheikh Omer Abdel Rahman (aka the Blind Sheikh).

Such an audacious request is a clear indication that Islamists are feeling their oats. It is telling that the al-Qaeda-linked terrorists who took hostages in Algeria two weeks ago also demanded the release of the Blind Sheikh, along with Pakistani scientist Aafia Siddiqui.

Heritage’s Jim Phillips has summarized the dangers the U.S. faces with the rise of Islamists:

While the overthrow of authoritarian regimes can give democracy a chance to bloom, it has also created opportunities for a wide spectrum of Islamist parties to advance their undemocratic agendas. Islamist insurgents and terrorist organizations also are well positioned to expand their influence amid the political instability that has emerged in many countries. The Middle East has become an even more hostile strategic environment in which regional security, U.S. national interests, and Western values are increasingly under attack. The United States cannot afford to react with indifference.

The U.S. needs to implement a strategy to counter Islamists who may not publicly condone terrorism but still seek to subvert democratic systems and pursue an ideology that leads to discrimination against religious minorities. The strategy should involve promoting principles of democracy and concepts of individual liberty, as well as providing support for building robust democratic institutions, like an independent judiciary, free media, and functioning parliament.

The U.S. can also build support for religious freedom by proactively engaging with Muslim groups and civil society leaders who view their religion as compatible with democratic principles and grasp the fundamental importance of allowing freedom of religious expression and practice.

Equally important to political reform is the promotion of economic freedom. Fostering free markets and opportunities for greater trade and investment flows will energize the private sector, create jobs, and improve overall performance of these economies. The U.S. can facilitate this process by providing technical support and expertise that encourages local entrepreneurship, educational opportunities, and protection of property rights.

The concept of promoting democratic ideals and institutions in other countries as a basis of U.S. foreign policy has deep roots in U.S. history. As Heritage’s Matthew Spalding argues in We Still Hold These Truths, America’s founding principles compel it to be an advocate for freedom in the world and to promote freedom abroad.

Senator Paul’s speech could go a long way in helping America respond appropriately to the new international threats it faces, especially if he explains how America’s founding principles can serve as a basis for the U.S. strategy in addressing the rising tide of political Islam.

What Planet Does John Kerry Live On?