FOR TEA PARTY PATRIOT ALLEN WEST AND TRUE THE VOTE!  OUR FREE AND FAIR ELECTIONS MUST BE PROTECTED 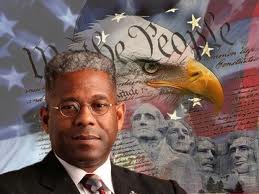 With every possibility that former Florida Rep and Tea Party Patriot Allen West was the real winner in this close race, we are here to help the truth prevail but we need your help to make the ‘comprehensive, outside audit’ happen!

Grassroots popular, tried-and-true former Florida U.S. Representative Allen West was no doubt the victim of one of the nastiest smear campaigns in history with the progressives effectively vilifying this constitutionalist as a race traitor for upholding conservative principles of hard work, liberty and small government on Capitol Hill.

And so far the local-level plantation politics have worked to keep West out of Washington – but we’re NOT on board with the thug tactics and apparent corruption of our electoral process! 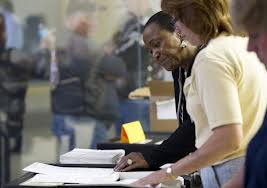 Even though two partial recounts were BOTCHED (or manipulated) by Florida election officials, West having no remedy in sight conceded the unresolved race to Democrat opponent Patrick Murphy three full weeks after Election Day…

Allen West has since said that he was “cheated” out of the election.

And, chances are that’s exactly why St. Lucie County Elections Supervisor Gertrude Walker has FAILED to turn over public records related to the race in accordance with the 1993 Motor Voter Law granting permission to “publicly inspect and examine all voter registration and election records” in question. We believe Allen West is RIGHT, and like True the Vote, we want the FACTS known to America.

In its lawsuit, True the Vote points out that according the 1993 NRVA, Walker “shall maintain for at least 2 years and shall make available for public inspection and, where available, photocopying at a reasonable cost, all records concerning the implementation of programs and activities conducted for the purpose of ensuring the accuracy and currency of official lists of eligible voters.”

While there is by no means any guarantee that the records would hand conservative firebrand Allen West victory, the vote-counting flaws rampant in every recounting effort are sounding the alarm that the final results handing Democrat Patrick Murphy the election were MANIPULATED through either direct effort or sheer incompetence and neglect!

Remember, on November 10, a mere four days after votes were cast, Walker “unofficially” certified the results. Then, three days later on November 13, she held a press conference where she admitted her staff had acted with “haste” and that “mistakes were made” throughout the tabulation and partial recount process.

Since then there has been NO EFFORT to clarify what “mistakes were made” and the impact of these “mistakes” on the outcome.

The federal general election for the 18th Congressional district was “marred by controversy, ambiguities, uncertainty and inconsistent tabulations,” TTV rightly says in its court filings.

After all, Allen West maintained a steady lead ALL day on November 6, 2012 as votes were being tallied until AFTER MIDNIGHT when ONE BATCH of early votes from St. Lucie County were tallied giving Patrick Murphy the lead by more than 2,000 votes.

“When pressed about the late tallied batch of early votes, Defendant Walker noted that the tabulating machines had been unable to read the electronic memory cartridges containing the ballot counts from early voting sites, forcing poll workers to manually feed the paper ballots through scanners at the elections office later than planned,” reads the lawsuit filed by True the Vote. “The sudden and unanticipated lead change late in the evening, coupled with the Supervisor’s admission that there had been a machine failure, created concern that some of the early vote ballots in St. Lucie County had been counted twice.”

The lawsuit further condemns the St. Lucie Elections Board because Allen West never even received a response to his Nov. 8, 2012 request for a hand recount or a formal request to view the sign-in books to make sure the number of voters matched the ballot count!

On Nov. 9, West asked a Florida state court to impound both ballots and voting machines. The Florida court found the request “entirely premature” as the official results had not yet been determined.

When the St. Lucie County Elections Canvassing Board publicly acknowledged “uncertainty” about the early votes and called for an emergency meeting to “recount all ballots cast during early voting” – ALL 37,379 OF THEM – IT NEVER HAPPENED!

Instead, Florida voters were forced to settle for a partial “retabulation” of the 16,275 early votes cast from Nov. 1-3. Both West and Murphy objected to this partial count. 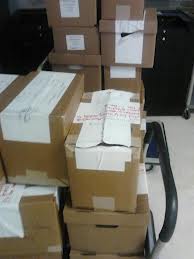 It’s important to know that AFTER this partial count, Murphy’s lead DECREASED!

The Florida Division of Elections then announced it was sending three employees to determine how 799 votes disappeared during the Nov. 11 recount.

On Nov. 16, Florida denied West’s request for a full recount claiming he lacked the authority under state law. It was left up to the already proven unreliable St. Lucie County Canvassing Board to determine whether or not they wanted to hold a recount.

That same day, Walker announced she found an additional 306 early ballots in a box in her office THAT HAD NEVER BEEN COUNTED!

To settle public outrage, the Canvassing Board announced it would recount all ballots, which they allegedly did – behind closed doors.

Walker was coincidentally admitted to the hospital on Nov. 16 and did not participate in the process from that point forward. Her assistant took over and upon pressing forward with a “full recount” on Nov. 17, the process was riddled with problems and uncertainties.

The Canvassing Board was even bouncing around from one location to another while counting votes before hightailing it to a back room to finish the ‘counting’ out of the sight of candidate observers and the public – but the deadline had already passed.

This is important – because Walker’s underlings had missed the certification deadline of noon on Nov. 18, 2012 the Florida Secretary of State was REQUIRED to use the earlier, WRONG preliminary count showing that Murphy received 166,257 votes and Allen West 164,353 in the entire 18th Congressional District.

That’s right – a difference of 1904 unconfirmed votes in an election riddled with fraud and recount mistakes decided this election and NO ONE besides True the Vote is taking action to fight for the true, inarguably confirmed vote numbers!

“This dramatic recount was an extraordinary example of how our elections can suffer systematic failure,” said True the Vote President Catherine Engelbrecht. “We run the risk of seeing episodes like this becoming ordinary if citizens do not demand answers and hold election officials accountable. The American people own the voting system – we have the right to ask tough questions when we witness the failure of one of America’s core functions. The clock is ticking on the opportunity for a comprehensive, outside audit of this recount…each passing day heightens the risk of critical documents being disposed of. If you thought voter fraud could erode America’s confidence in elections, unchecked incompetence in the vote tabulation process will destroy all faith remaining in our systems.” 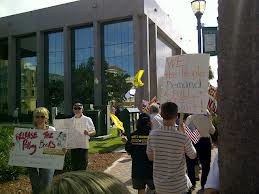 In its press release, TTV says it filed the lawsuit to “compel St. Lucie County election authorities to grant complete inspection rights to all election records pertaining to the 18th District race and voter registration records under federal and state law. In addition, TTV demands that the court order the Supervisor of Elections to preserve all records. If granted access, TTV will determine a precise vote count, document any illegal participation in the election and offer solutions to prevent similar failures in future recounts.”

And we already have Walker ON THE RECORD admitting mistakes were made during the recount process, but you and I both know that St. Lucie County election authorities will continue to play dumb unless we turn up the heat and escalate public pressure to the point where they can no longer ignore this grave injustice against Allen West, us and our election system.

“The sanctity of our elections is too important to let this slide,” Engelbrecht said. “We the people have a right and responsibility to demand answers when our elections process fails and that’s what we’re doing.”

That’s why TODAY we’re launching a support campaign to aid TTV, and to mobilize grassroots conservatives to RELENTLESSLY DEMAND ANSWERS and ACCOUNTABILITY! With all of the UNANSWERED questions and FAILURES of transparency, the mistake-riddled recounts and retabulations, we Patriots may very well have been SOLD OUT right along with our ‘free and fair’ election system!

We are tremendously grateful for the generous embrace and financial support the grassroots patriot movement has showed to Operation Black Storm – but our work CONTINUES, and we COMMIT to supporting the great work True the Vote is taking on to seek justice for our Patriot champion, Col. Allen West! 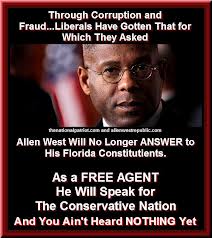 Together WE MUST demand transparency in our elections, the very foundation of our free republic.

Let’s make sure this great American and PROVEN Constitutional Conservative Member of Congress wasn’t cheated out of office by the Obama progressives’ plantation politics! We know they seek to make Black Americans dependent on their Democrat masters – a vicious cycle the victory of Allen West, and every other pro-Constitution, Conservative minority elected official, threatens to break entirely.

We cannot rely on the GOP establishment to fight this battle for us.

It DOES NOT want more free-thinking, bold-speaking, principled Tea Party Conservatives holding the line on Capitol Hill; it DOES NOT support or fund the Frederick Douglass Republican movement outreach in the neighborhoods as we have done. Help us ensure that virtue is rewarded, and our free and fair elections are protected for this generation and preserved for the next.

Let us show them the way.

New MK Ayelet Shaked (Bayit Yehudi) is already hard at work on a new Knesset bill. Shaked, who was sworn...