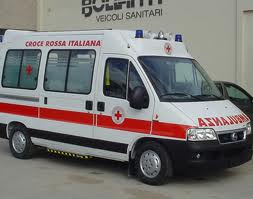 As reported in the New York Times and The Wall Street Journal (1.10.13) a study by the Institute of Medicine found that U.S health care woes are much worse than we thought.  In fact, over the last 30 years, as compared to other Western countries, USA ranked last in nearly every health indicator.  You read that correctly; United States ranked last, yet Americans spend more money on health care than any other country on the planet.

Neonatal mortality is a strong indicator of a country’s health status.  We spend more money on neonatal care than any other country.  Where do we rank compared to 16 other Western countries?  Dead last.
You might think we beat the pack on cardiovascular disease since we take more statin medications than any other people on the planet.  Well, you might think wrong.  Death rates from cardiovascular disease have been declining world-wide.  But, in the U.S., the mortality rate from heart disease is 129 per 100,000 which is higher than every country studied except Finland.   Perhaps all those statin prescriptions aren’t really helping!

One of the authors, Dr. Steven Woolf stated, “Something is fundamentally wrong. Something at the core is causing the U.S. to slip behind these other high-income countries.”  He is right, something is fundamentally wrong.  That something is conventional medicine’s reliance on pharmaceutical medications that work by poisoning enzymes or blocking receptors in the body.  More often than not, these drugs treat the symptoms of the illness rather than the underlying cause.

Finally, physicians, need to address the dietary needs of patients.  They need to educate patients on how to eat better in order for their food to supply them with optimal nutrients.  Unless we make radical changes in the health care system, we will continue to waste more money and have more illness.

In Case You Missed It:  People Are Horrified After Madonna Shares Creepy TikTok (VIDEO)
Posted in Financial and tagged Health Care Costs, Healthcare, United Socialist States of America, US Citizen.

Is Turkey Leaving the West?