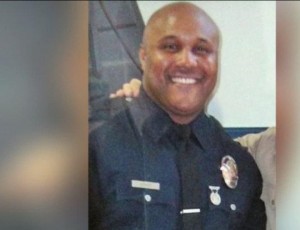 The fourth & sixth amendment of the constitution provided American citizens the right to trial by an impartial jury, prior to the Obama administration it was that citizens were innocent until proven guilty.

It was revealed this week that Dorner an ex Los Angeles police officer on the run has become the first human target for remotely-controlled airborne drones on US soil .

A senior police source said: “The thermal imaging cameras the drones use may be our only hope of finding him. On the ground, it’s like looking for a needle in a haystack.”
Earlier this month an internal Justice Department memo says it is legal for the government or Obama to order the kill of a U.S. citizens abroad if they believe they are engaged in operations aimed at killing Americans. There is no limitation to this order, anyone Obama considers a risk with no court, jury or other can be targeted for death. Now it appears Obama is okay with killing citizens right here in the USA, no trial no jury just a quick launch of a few rounds from a drone and poof, another government problem gone away. 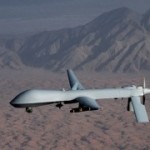 While many of us would like to see Dorner’s head on a stick if the ‘allegations’ of his three murders are true,  do we want drones that are used in Islamic countries to kill terrorists, to now be used to hunt down American citizens.

An American citizen on US soil targeted like a al-Qaeda Islamic terrorist somewhere in Pakistan!  Christipher Dorner could become the the first American ever shot down with drones on American soil.

Now, we have a public policy of extra judicial murder. Obama’s reckless policy has made it easier for police to think that it’s okay to take justice into their own hands.   The chance that Dorner will be killed by police is greater now than it was before it became public knowledge that Obama was designating people for assassination.

What better way for Obama to introduce his tyranny to the American people than to dress it up and serve it on a silver platter.  Imagine the headlines on the controlled mainstream media, “Crazy cop killer blown up in FIRST drone strike on US soil”. The sheeple left will embrace the idea of drone strikes in their own country because they’ll believe it is for their own safety. No matter what you think of Dorner, the possibility of what may soon happen should be bothersome to all.

Get the Federal Government Out of the Natural Gas Business

In North Dakota, people have jobs. That state led the nation in job creation last year, and its unemployment rate...